Medical Marijuana: Healthy Remedy Or Another Way To Fuel Addiction? 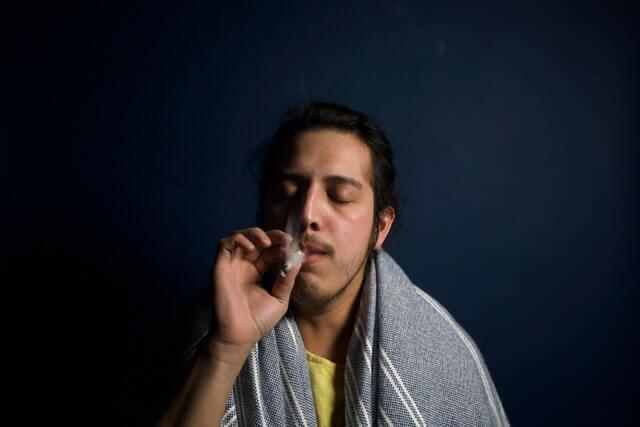 America is slowly becoming a more progressive nation. A prime example of this is the widespread call to legalize marijuana nationwide for both medicinal and recreational purposes. In many places, marijuana has been decriminalized, making it much easier to get a hold of. A large argument that has been made is that marijuana can effectively treat pain without the dangers, side effects, or physical dependency of opioids. It’s a compelling argument, but there is still potential for many patients to become addicted to marijuana, even if it’s for a designated purpose. As a provider of drug detox in Fair Lawn NJ, North Jersey Recovery Center is fully aware of the addictive properties that marijuana can possess. Today, we’d like to explore its impacts on society, and why patients need to be cognizant of its effects.

How Do We Define Drug Abuse?

Drug abuse is defined as using a substance contrary to its intended use, such as taking cold medicine when you aren’t sick, or using a substance to the point where it interferes with the day to day of your life. Even for those who are taking drugs as intended by their doctor’s orders, it’s not difficult to cross over into the cycle of abuse that gets a grip of several people. A prime example of this is what’s occurring with the opioid epidemic. Drug abuse will interfere with relationships and cause a person to perform poorly at work or with other daily tasks. Not everyone who abuses a substance is addicted, but it can get to that place.

The Legalization Of Medical Marijuana

Medical marijuana is now legal in more than two thirds of US states and Washington, D.C., even though nationally, marijuana is still classified as a Schedule I drug by the DEA. This puts marijuana in the same class as other powerful drugs like heroin and ecstasy. With medical marijuana, it’s accessed through a prescription or medical marijuana card issued by a doctor. Patients will use it to manage their physical and mental ailments. Many studies have made the case for it possibly benefiting individuals who are plagued by a host of medical conditions (e.g. Crohn’s Disease, MS, stomach ailments, nausea, Alzheimer’s, etc.) With all of this in mind, the FDA has not approved marijuana to treat medical conditions. Proponents of medical marijuana say it’s helpful for managing these conditions and carries less risk than prescription medications.

The study goes on to say that 1 in 5 users of marijuana may develop cannabis use disorder. This is not to say that medical marijuana does not have benefits to people who are dealing with certain medical ailments or health conditions, but more scientific studies need to be hashed out. As it stands currently, there is an understanding that it is not necessarily safe or effective for everyone, and risks and dangers are always a possibility, which could land you in treatment for drug detox in Fair Lawn NJ if you are not careful.

How Can Medical Marijuana Be Addictive?

Addiction is more than just pure abuse. Our bodies can become physically and mentally dependent on a substance if we are overly reliant on it. The brain and other parts of the body cease to function properly as a result of relying too heavily on the substance. Symptoms of medical marijuana addiction include the need to use more of the drug to get the same effect, withdrawal symptoms if you abruptly quit the drug, and mental preoccupations towards when and where you can use again. Under this definition, marijuana is fully capable of being addictive. Although certain individuals are able to quit with ease, without experiencing drastic side effects, others are not so lucky.

Psychological addiction refers to the emotional effects affiliated with routine drug use. For medical marijuana, it can include the following:

Many marijuana users may not have to deal with psychological symptoms. Unfortunately, it can be challenging to get over them. Thankfully, withdrawal from marijuana is not severe as some of these other opioids and other classes of drugs, leading some to believe that the addictions and uproar is nothing but embellishment. This is simply not the case, and it’s very important for users to understand the very real risk for addiction with marijuana, even if it’s intended to be used responsibly.

The Manifestation Of Physical Symptoms

Physically, the body will start to adapt to the presence of marijuana that’s in your system. Over time, people will use more of the drug to get the desired effect. Long-term use may lead to undesirable symptoms when they stop using medical marijuana. Symptoms can include:

Withdrawal symptoms are a good indication that the body’s symptoms have become addicted to medical marijuana.

What To Do If You Become Addicted: Drug Detox In Fair Lawn NJ

If you or someone you love is developing an unhealthy relationship with medical cannabis, they will need the intervention from you as a family member or friend, as well as assistance from our treatment professionals who administer drug detox in Fair Lawn NJ. North Jersey Recovery Center has much experience in helping our patients overcome their struggles, eventually walking down the road of sobriety. To learn more about how one of our robust treatment programs can help you, contact us today!