Learn more about the importance and effectiveness of addiction rehab for men who suffer from substance use disorders.

Learn more about the importance and effectiveness of addiction rehab for men who suffer from substance use disorders. 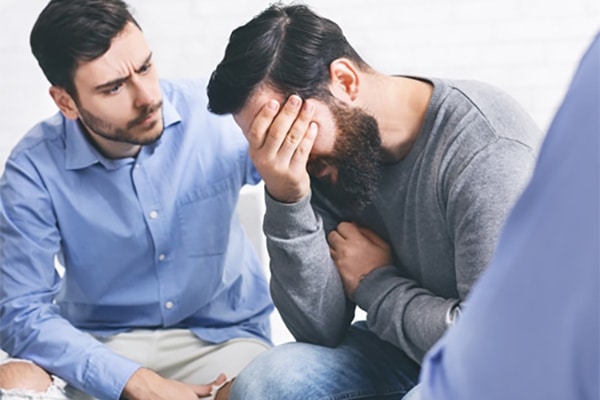 According to the National Institute on Drug Abuse (NIDA), men are more likely than women to engage in illicit drug use. As a result, this leads to more hospitalizations and overdose deaths. Thousands of American men overdose in the United States. This makes it especially important for them to attend a gender-specific treatment program at a rehab for men when faced with a substance use disorder.

Women and men experience life differently in many ways. This applies to how men and women deal with drug abuse and addiction. Additionally, addiction affects men differently than it does women. For example, men are more likely to engage in risky behaviors associated with substance abuse.

What is Rehab for Men? 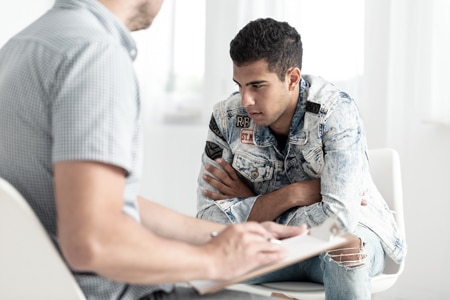 Rehab for men is one that only treats men for substance addiction. Although, some addiction treatment centers have gender-specific programs that function as rehab for men. There are reasons that this kind of facility exists. Drug addiction statistics show men are led to substance abuse for unique reasons and pressures.

Here is how American men consume drugs and alcohol in comparison to their female counterparts:

These facts show that men experience the world of drug use and addiction differently than women. Also, they have unique societal pressures that may lead to the use of illicit drugs. For example, at times, women use meth for weight loss. Men rarely turn to this substance for that. On the contrary, they’ll use it to get high and experiment with drugs.

Continuing, the same statistics show that double the amount of men use methamphetamines to work more. This gives us a clue as to why men might develop a substance use disorder. It’s no secret that American men are supposed to be breadwinners. This pressures them significantly, leading to negative emotions that men may try to quell through substance use.

The Importance of Rehab for Men

Gender-specific rehab isn’t a new concept. Men and women have biological differences. But, the biggest difference is the way they are treated within society. Rehab for men can make them feel valid, unlike a facility that mixes genders. Overall, men-only rehab centers can offer life-changing care to men seeking treatment for a substance use disorder.

1. Staff at a men’s rehab can disperse the illusion of what is expected out of a man.

“Toxic masculinity” is a term that came about in the 20th century. The premise behind it is that society expects men to look, act, and feel a certain way. A great example of this is how men demonstrate intense emotional distress in comparison to women. The American Psychiatric Association (APA) cites that women cried 30-64 times per year. On the other hand, men cried 5-7 times per year.

Women aren’t biologically more prone to express intense emotion, but society tells them that they can display emotions. To continue, men may tend to bottle up their feelings. However, this is extremely harmful to men’s mental health. They are taught that to be emotional is to be feminine and, therefore, wrong.

Rehab for men can show males that they don’t need to turn to drugs and alcohol to release pent-up sadness and anger. Through counseling sessions, individual therapy, and mental health treatment, men can overcome substance use disorders and receive treatment that is catered to their needs.

2. A rehab for men understands there are biological differences between women and men.

According to Stanford Medicine, men and women have brain differences. This theoretically leads to more medical issues of a certain type in more men than women. For example, men are more prone to mental disorders such as schizophrenia, autism, and dyslexia.

The trained team at an addiction treatment center specializing in care for men can effectively deal with these issues. Their eyes are fine-tuned to look out for health disorders that could mean a dual diagnosis. That way, they can gear treatment to work well without troubleshooting.

3. Men relate more to their own gender.

When a man attends rehab for men, he is surrounded by male peers. While no two people are the same, they’ll likely face the same societal issues. Hence, the support from other men can validate them and create a strong circle of trust. Treatment and discourse can be male-centric. This isn’t the case in a mixed-gender setting, which could hinder the healing process.

Who Should Consider Rehab for Men? 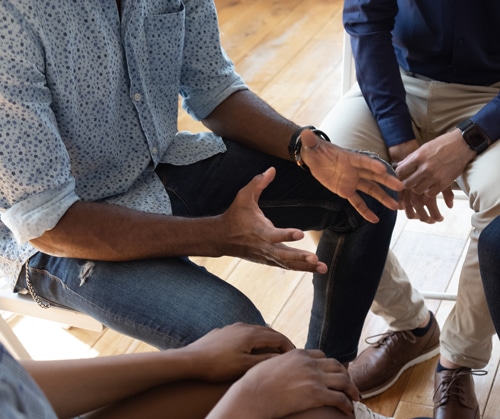 Men with a disorder of this nature will use a drug of choice (including alcohol) to the point where it impedes their life. Though, it’s worth noting that some men with a drug and alcohol addiction function normally. That doesn’t mean it’s normal. Without it, their body would go through an intense withdrawal. Also, superficially they might seem fine but are destroyed internally and physically.

A man who displays these signs and symptoms of substance addiction should look into rehab for men:

One or more of these signs and symptoms means it’s time to look into a program that offers rehab for men. It’s never too late to look for effective treatment. It’s only too late when it results in a sad and early death. This is a valid issue since men overdose more than women on average.

A men’s rehab understands this is a very real possibility of drug addiction. Men who relapse are doubly at risk. The brain and body can recover after relapse. But, that only comes with proper treatment. Up to 60% of recovering addicts relapse. Men suffering from this must take heed.

What Does Treatment At a Rehab for Men Look Like?

First of all, treatment at a rehab for men looks different for every patient. There are many different treatment options, where some will meet the needs of individuals better than others. As mentioned, no two men are the same. This means that their recovery journey will look different depending on who they are.

Do they have a dual diagnosis (aka more than one health disorder)? What does their health insurance policy cover? What is the severity of their addiction? These questions and more will shape what treatment at a men’s rehab will look like per individual. That said, they can choose among these popular forms of treatment options.

Beginning, medical detox is considered a crucial step in recovery. This program will allow men to rid the harmful build-up of toxins from their bodies while avoiding the uncomfortable withdrawal symptoms that can lead to relapse. In addition, it will let them detox the drugs or alcohol from their body. It’s important to do this to aid the brain to regulate its natural chemistry. A detox may take a week or longer depending on the severity of the addiction.

Second, inpatient programs are arguably the most intense form of treatment. The reason is that a man within an inpatient treatment program will live onsite at the rehab. This is the best option for men dealing with a severe addiction or for men who do not have a supportive and sober environment to return home to. Meals are provided, which means an added boost of nutrition therapy. They will be removed from any external stimuli that could hinder recovery. Also, they are surrounded by clinical support around the clock.

Outpatient programs are the least intense form of treatment when compared to inpatient rehab. Men will still attend programs like individual and group therapy. However, at the end of the day, they will be able to go home. This means that they can still tend to other responsibilities. Examples include taking care of children, holding down a job, or acting as a caretaker to elderly parents.

An intensive outpatient program is a step up from traditional outpatient care. These programs provide all of the same therapeutic interventions such as group therapy, family therapy, individual therapy, mental health services, and aftercare support, but with more required treatment hours.

Dual Diagnosis Treatment
At our rehab center, we offer treatment that can address a mental health problem along with addiction. When someone has a substance abuse problem and a mental illness, they need treatment that addresses both the mental illness and the addiction. The treatment goals in our dual diagnosis program focus on treating co-occurring disorders at once to provide our patients with the relief they seek.

Essentially, we are a rehab for men because of the time and care we take to specialize in issues that affect men. This makes us different from other addiction treatment centers in New Jersey. To find out more about how we can help you or a loved one, contact us now. If you are ready to receive treatment, don’t hesitate. Our treatment team is here to help you overcome drug or alcohol abuse through one of our effective treatment options.