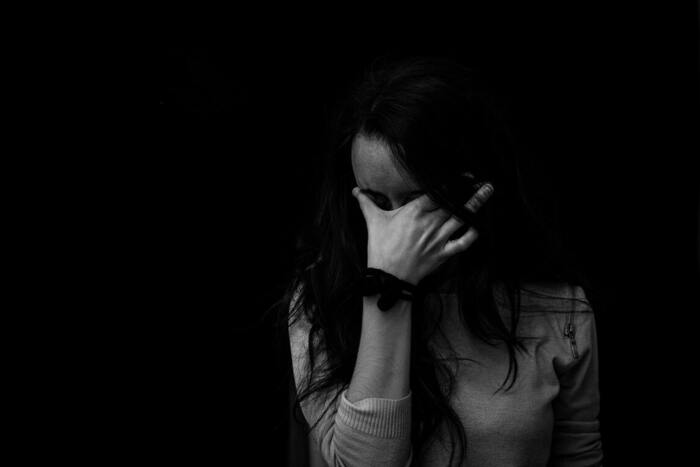 According to the National Institute on Drug Abuse (NIDA), up to six percent of people with opioid use disorder switch to heroin. Heroin addiction is challenging to overcome, but proper treatment can save lives. That being said, there is no one-size-fits-all treatment for heroin addiction. There are, however, several effective treatments available to help a person get into and through recovery from heroin use disorder.

Treatment for Heroin Addiction: Where You Should Start?

Heroin is an opioid that comes from morphine, which is a substance that comes from opium poppy plants. It can be injected, sniffed, snorted, or smoked. Also called opioid use disorder, it is an illness that involves changes in the brain and behavior as a result of heroin abuse.

If you have a substance use disorder, like most people, you have probably been hiding it from yourself and others for quite a while now. Since you are reading this, you probably suspect that you (or a loved one) have a problem.

There is no one perfect cure for any drug addiction, including heroin. There are several effective ways to treat heroin addiction to help a person get into and through recovery. The kinds of treatment used will depend on:

Both behavioral and pharmacological (medications) treatment options help restore some degree of normalcy to brain function and behavior.

Although both treatments are useful when used alone, research shows that for most people, Combining both types of treatments, with medical supervision, is the most effective method. 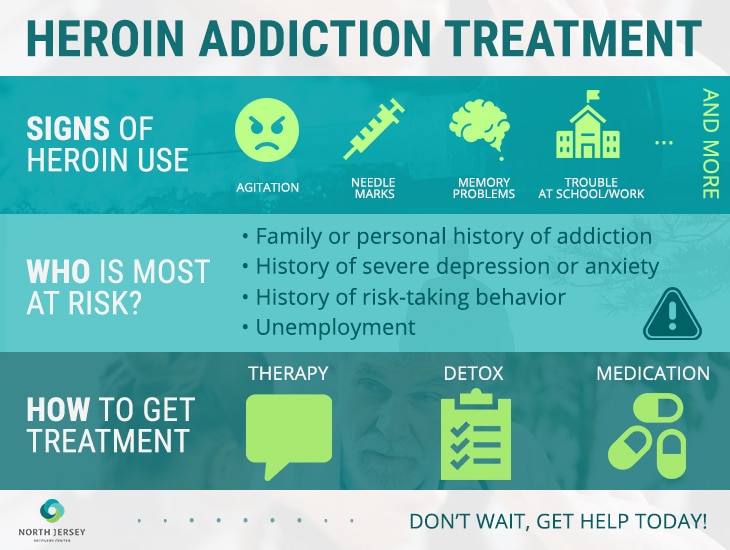 People suffering from opioid dependence experience withdrawal symptoms when they first quit, which may be severe. Medication-assisted treatments help during the detoxification stage to ease craving and other physical dependence symptoms that often cause a person to relapse. Heroin is highly addictive and these symptoms can begin only after a few uses. Withdrawal symptoms include:

Lofexidine has been used to treat high blood pressure in the past but is now more commonly used to help with physical opioid withdrawal symptoms. It’s not the main treatment for heroin addiction but is a useful aid in detoxification when followed up with an evidence-based treatment plan.

Inpatient (residential treatment) is generally the most essential form of treatment for those addicted to heroin. Inpatient rehabilitation is a fully monitored and live-in style of program. Heroin addiction treatment typically lasts between 30 and 90 days but can be extended to fit the individual’s needs.

Inpatient treatment consists of several programs and therapies all designed to help the individual overcome their addiction. Treatment centers typically utilize medication-assisted treatment is used in conjunction with the program.

Research has shown that MAT increases the likelihood of patients remaining in treatment programs and decreases drug use, infectious disease transmission, and criminal activity.

There are several medications developed to treat opioid addiction that work through the same opioid receptors in the brain as the addictive drug. The difference is that they are safer and less likely to create the same harmful behaviors characteristic of substance use disorders. There are three types of medications used in MAT:

Medications are selected based on the patient’s specific medical needs and other factors during heroin treatment.

Short and Long-term Effects of Heroin Use

If you have been using heroin, you are aware of the surge of pleasure called a “rush.” There are other common effects, including short-term effects like:

For people who have been using heroin over the long term, these effects may develop:

Who Is at Risk for Heroin Addiction?

It needs to be mentioned, though, that even if you or someone you care for has one or many of the risk factors, it doesn’t mean they’ll necessarily develop a drug abuse problem. Addiction has many facets. It includes genetic, psychological, and environmental factors.

Diagnosing opioid use disorders, including heroin use disorder, is done through a complete examination and evaluation by a psychiatrist or psychologist. In some states, a licensed drug and alcohol counselor may make the diagnosis.

Lab tests, such as blood and urine tests, are used along with a clinical interview. If you have a suspicion that you or someone you care about has a heroin addiction, talk to a professional. A licensed drug or alcohol counselor, a social worker, a physician, or a psychiatrist will be able to answer questions and help you get the help you need.

Signs You May Already Suffer From Heroin Use Disorder

Early in the use of heroin, there may not be any symptoms of a disorder, especially if the person is taking great measures to hide the use. As the use increases, it gets harder to hide.

Signs of Heroin Use Disorder Can Include:

One of the distinctive features of addiction is a person not being able to stop in spite of multiple attempts and the negative consequences associated with continuing. If you are using, you might be realizing that you need to use more and more heroin to get that same pleasant feeling you used to get initially.

How Did I Get Addicted?

No matter how you got it into your body, heroin gets to the brain quickly. After using it just one or two times, it can be difficult to stop yourself from using it again. Heroin use disorder can absolutely develop that quickly.

Heroin is a highly addictive opioid that binds to receptors in the brain to release the chemical dopamine. Dopamine is used by your nervous system to send messages between nerve cells. Dopamine plays a role in how we experience pleasure and pain. You may think and walk slowly. The whole world slows down. Because it blocks you from getting pain messages and slows your heart rate and breathing, if you overdose, you may die.

Your body sends it along four pathways in the brain. Heroin enters the brain rapidly and increases the activity of the reward pathway by increasing dopamine transmission. Because heroin and other drugs activate the pathway for reward, they can be misused.

Prescription Opioids are Often to Blame

People addicted don’t start out to abuse heroin. Often, an individual is prescribed opioid pain medication by their doctor. When the prescription runs out, and the doctor won’t prescribe more, the craving for pleasure and relief begins. Enter heroin—cheaper and stronger than prescription opioids and easier to get.

If a person repeatedly engages in heroin abuse, over time the brain won’t naturally produce dopamine the way it used to. This results in the person taking higher and more frequent doses to achieve the same level of pleasure. Addiction is truly a disease of the brain.

Sharing drug injection equipment and having impaired judgment from drug use increases the risk of contracting infectious diseases such as HIV and hepatitis.

One of the most common complications you may face is a relapse after treatment for heroin addiction. Addiction is a complex condition, and recovery often includes setbacks. Rates of relapse are between 40- to 60%. This is similar to relapse rates with other chronic diseases like asthma, hypertension, and Type 1 Diabetes.

People relapse for many reasons, but the major one is the person’s belief that he has gotten control of his addiction and wants to test it out. Other reasons include:

If you relapse, you are more susceptible to overdose. A dose of heroin you once used regularly may now be fatal.

A heroin overdose happens when a person uses enough of the drug to produce a life-threatening reaction or death. Heroin overdoses have increased in recent years. Overdose deaths doubled between 2010 and 2012. When a person overdoses, their breathing slows or stops. This decreases the amount of oxygen that reaches the brain. This can have short- and long-term mental effects as well as effects on the nervous system, including permanent brain damage.

Sometimes heroin is laced with other drugs. A rise in overdose deaths in 2014 is believed to be due to heroin being laced with the painkiller fentanyl. Even though it’s illegal, to meet the demand, traffickers have intensified their production and increased the amount smuggled into the U.S.

Where Can You Get Help or Treatment for Heroin Addiction?

Heroin addiction is a serious condition but it doesn’t have to be permanent or even long-term. It is treatable. There’s help out there if you want it. Or if someone you know needs it. Research shows that it is possible to have a successful recovery even if the individual doesn’t go voluntarily. Do not wait to “hit bottom.”

There is strong scientific evidence that the combination of medication and therapy-based interventions can give you the chance to recover a healthy life. To help eliminate the stigma placed by society on people, new federal rules have been enacted governing confidentiality and disclosure of substance use disorder patient records.

You already know that this is not something that can be handled at home. There is a treatment center in New Jersey with highly qualified, experienced, addiction specialists and medical professionals. Our treatment providers know that this is a chronic brain disease, not a moral failing or a character flaw. We focus on meeting the needs of each patient. Give us a call now and our North Jersey Recovery Center specialists can help you get your life back.

We strive to provide the most superior heroin addiction treatment services in New Jersey. Professional representatives are standing by to take your call.