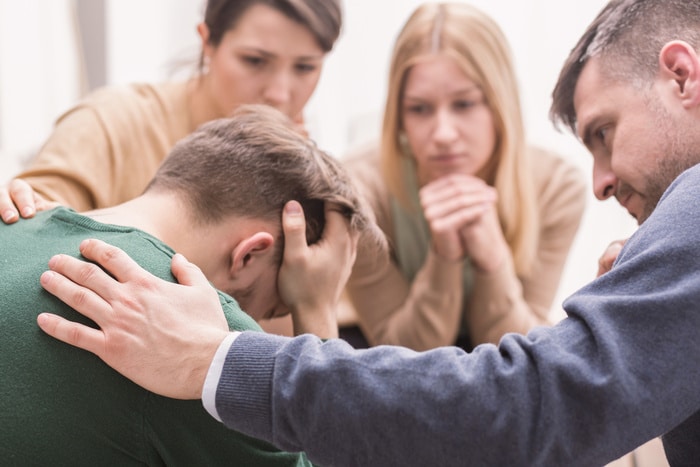 Cocaine is a stimulant drug that is highly addictive. A study published in The Lancet evaluated the danger, dependence, and likely misuse of 20 drugs. They found that cocaine is the second most addictive drug, second only to heroin. Cocaine dependence is difficult to overcome without medical supervision and an effective plan. Cocaine abuse treatment centers can help individuals overcome their addiction in a safe, controlled environment.

How Does Cocaine Abuse Happen?

Cocaine increases the natural chemical messenger dopamine in brain circuits related to the control of movement and reward. In a normal brain, dopamine recycles back into the cell that released it. This shuts off the signal between nerve cells. Cocaine prevents the dopamine from being recycled, which causes large amounts to build up in the space between the cells, thereby stopping their normal communication. The flood of dopamine in the reward circuit of the brain reinforces the drug-taking behavior.

The reward circuit adapts to the extra dopamine and becomes less sensitive to it. As a result, people take stronger and more frequent doses to feel the same high that they felt the first time and to get relief from withdrawal symptoms.

Signs of cocaine addiction include:

How Is Cocaine Addiction Treated?

The short answer is that the best way to treat cocaine addiction is to go to a treatment rehab. At a treatment center, individuals can receive support and treatment that matches their needs.

It is important to match the best treatment program to the individual needs of the patient. Treatment for cocaine addiction may include:

People who are addicted to cocaine undergo withdrawal symptoms when they stop using it. Withdrawal symptoms can last for days and even months in long-term heavy usage and may begin before the user is completely off cocaine and still has some of the drugs in their blood.

Cocaine withdrawal usually has no visible symptoms, such as the vomiting and shaking that occur with heroin and alcohol withdrawal but may cause these symptoms:

The first phase of cocaine withdrawal is often called “the crash” and typically ends within a few days. But other symptoms, including cravings, irritability, and low energy, may last for weeks.

After stabilization, treatment can take place in an inpatient or outpatient program.

People frequently don’t seek treatment because it would mean having to be away from work and family for extended periods. Outpatient drug rehab is an option for people with substance abuse issues who can’t take time away to enter a full-time inpatient program.

Outpatient rehab is best for people who need the support of family and friends to increase their chance of success. It is an excellent choice for patients who have jobs, classes, or other commitments and have the motivation to participate in treatment. Often used as a follow-up to more intense treatment programs, outpatient treatment has a proven record for helping with continued abstinence.

Inpatient and residential drug rehabilitation is appropriate for people with severe addiction problems. Those who have failed to maintain sobriety after trying other treatment approaches will benefit from inpatient treatment.

Because patients do not leave the facility, they are removed from the temptations that can lead them off course. For some people, this can be a lifesaver. People with a long-standing addiction problem, severe co-occurring mental health issues, or a history of relapses after treatment find residential to be the treatment of choice.

Long-Term Treatment Options for Cocaine Use and Substance Abuse Disorder

According to the NIDA, the most successful treatment programs use evidence-based treatments that have been developed through scientific data and measurement. All or some of these methods are used:

The long-term treatment options for cocaine use usually focus on individual counseling that includes behavioral therapy. This therapy helps people learn new skills that help them fight drug cravings and change fundamental thoughts and behaviors that might contribute to drug abuse. As mental illness can exacerbate addiction, behavioral therapy works to uncover the roots of substance abuse and mental health to heal them simultaneously.

This treatment option uses motivational incentives to encourage people to refrain from using drugs such as cocaine. People earn vouchers that can be used for items that encourage healthy choices (gym memberships, dinners at local restaurants, etc.) in exchange for clean drug tests. This approach is especially useful for helping patients achieve abstinence and stay in treatment.

CBT can be effective for supporting long-term abstinence and relapse prevention. This approach helps patients develop important skills, including the ability to recognize the situations in which they are most likely to use cocaine, avoid the situations, and cope with the array of problems associated with drug use.

CBT is also used along with other treatments, which maximizes the benefits of both. The belief is that learning processes play an important role in the development and continuation of cocaine abuse and dependence. In this way, CBT can help individuals tackle issues relating to both substance abuse and mental health.

TCs are drug-free residences in which patients in recovery from substance use disorders help each other understand and change their behaviors. TCs might require a 6-to 12-month stay and may include onsite vocational training and other supportive services that focus on the successful reintegration of the person into society. TCs can also give support in other areas, improving legal, employment, and mental health results.

Community-based recovery groups such as Cocaine Anonymous, Narcotics Anonymous, and Alcoholics Anonymous that use a 12-step program can help maintain abstinence. Twelve-step programs emphasize taking responsibility for behavior, making amends to others, and self-forgiveness. In fact, the first step in Cocaine Anonymous states that “We are powerless over cocaine and our lives have become unmanageable.” People who successfully abstain from cocaine attend a lot of 12-step meetings for support and accountability. Participants benefit from the supportive fellowship and from sharing with others who are experiencing similar issues.

MI is a counseling approach that helps people resolve contradictory feelings and insecurities to gain the internal motivation they need to change their behavior. It is a short-term process that considers how difficult it is to change behavior and make life changes.

Behavioral family therapy is an approach that is based on the premise that members of a family simultaneously influence and are influenced by each other. It examines how the interactions among family members contribute to family functioning and dysfunction.

There are no medications currently available to specifically treat cocaine addiction. However, the National Institute of Drug Abuse (NIDA) is pursuing the identification and testing of cocaine treatment medications. Because of mood changes during the early stages of abstinence, antidepressant drugs are proving to be of some benefit. Cocaine overdose results in many deaths every year. Medical treatments are being developed for emergencies that arise from excessive cocaine abuse.

Because cocaine use creates lasting changes in the brain, addiction can be hard to treat, and relapses are likely to happen. Relapse is defined as suffering deterioration after experiencing improvement. In drug addiction terms, relapse refers to returning to drug use after a period of abstinence. Relapsing does not mean the person failed at recovery. Many addiction specialists consider relapse to be part of recovery.

Relapse rates for cocaine addiction are similar to those for chronic diseases such as asthma, diabetes, and hypertension. Addiction is also a chronic disease that is often recurring. For most people who complete drug addiction treatment, this means that relapse is not only possible but probable. It doesn’t mean the treatment didn’t work. It just means that the treatment needs to be reinstated, examined, and adjusted.

The Effects of Cocaine and Relapse

Cocaine is associated with a high rate of relapse. Research has shown that approximately 24% of people relapse back to weekly cocaine use within a year of treatment. For users of crack cocaine, the first 90 days of recovery is when relapse is most likely to occur. Relapse rates are also usually higher among people with more serious addictive problems and who attend cocaine abuse treatment for a shorter period.

Terence Gorski, author of Understanding Relapse, doesn’t see relapse as a single event but rather as a process. Something like knocking over one domino and experiencing the ripple effects that it creates until the last domino falls. The first domino may be something as simple as a single stressful event that leads to more stress or poor choices. The individual feels the only choice is to relapse and use drugs to cope. The last domino falls.

Signs Someone is Struggling With Cocaine Relapse

People completing cocaine abuse treatment should be aware of the warning signs of cocaine relapse to prevent one from happening. Some of the most common signs are:

What To Do After a Cocaine Relapse

After a relapse on cocaine, do not give up and don’t beat yourself up over it. Remind yourself of the reasons for quitting in the first place. Reach out to a supportive person—a trusted friend, an addiction sponsor, or a family member.

After a relapse, you or your support system (counselor, sponsor, psychiatrist, family, or friends) may decide that returning to treatment would be in your best interest. Returning to treatment is a common occurrence. A research study of over 300 people who completed cocaine abuse treatment revealed that 44% of people were readmitted into treatment within 2.6 years after completing their initial treatment.

The level of treatment needed depends on the severity and duration of the relapse. If it was severe and lasted for days or weeks, you may need to detox and enter rehab again. This is an opportunity for growth. You will need to discuss the options with your sponsor, therapist, and addiction professionals.

Attend One of Our Substance Abuse Treatment Centers to Overcome Addiction

Whether this is your first try at sobriety, or you are coming back from a relapse, you need the individualized attention of treatment specialists. Located in the Garden State, North Jersey Recovery Center offers you a place to rebuild and recover.

Our addiction specialists have personal and practical knowledge of treating those who are addicted to cocaine. We create treatment programs individualized for each patient. You or your loved one will be safe and cared for through every step of the recovery process. Contact us today.

Have questions about treatment for cocaine addiction?

Reach out to us today to learn more about your options for treating cocaine addiction. Professional representatives are standing by to take your call.