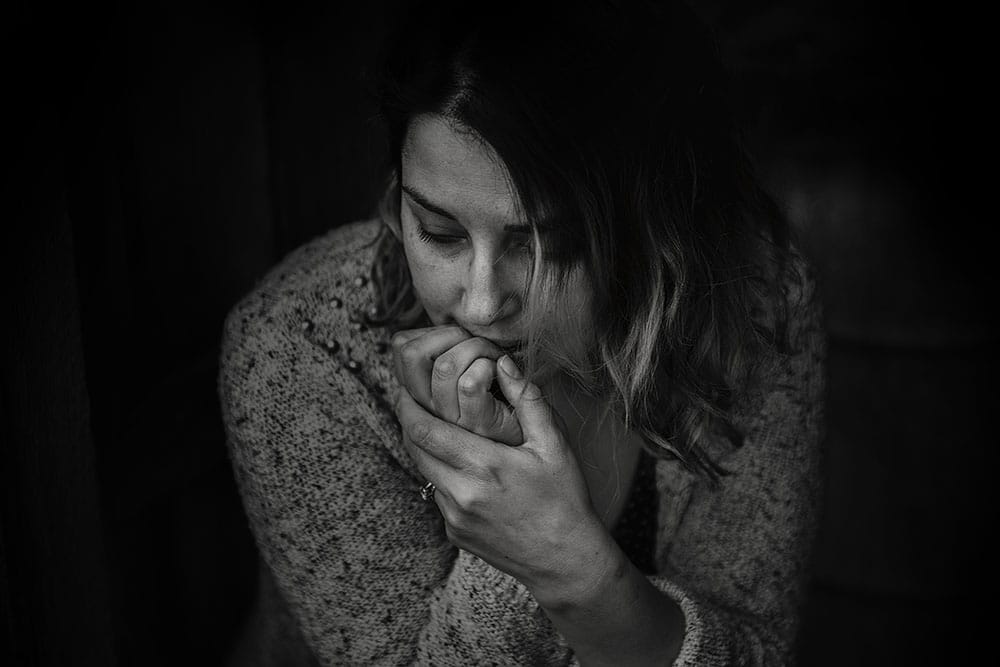 Dual diagnosis refers to the formal diagnosis of simultaneous mental health and substance use disorders. Professionals also refer to this condition as comorbidity, co-occurrence, or co-occurring disorders. Either illness can develop first, but drug and alcohol use can exacerbate symptoms of mental health issues. Treating both disorders together is crucial for lasting recovery. So reach out to North Jersey Recovery Center for guidance today.

Psychiatric illnesses rarely manifest in isolation. Further, it is quite common for a person to experience more than one mental health condition in addition to a substance use disorder. People with mental illness may also struggle with addiction to more than one substance.

Possible combinations of these disorders are innumerable, but some appear more often than others. Common mental health disorders often found co-occurring with addiction include:

About 10% of the US population struggles with major depression, and at least one-third of them misuse substances such as cocaine. The most common types of depression are:

Cocaine is an extremely addictive stimulant, spiking production of the “reward” neurotransmitter dopamine to induce temporary euphoria. This artificial stimulation makes the brain produce less dopamine and alters brain chemistry, causing users to develop a tolerance and craving for more to feel normal. Cocaine use can also impair the function of brain cells by up to 20%, which may be irreversible.

Cocaine abuse and withdrawal can lead to more severe depression and fuel a cycle of increased cocaine use in an attempt to feel better. Researchers are unsure of which comes first, but these conditions clearly intensify each other. Treatment usually involves medication with antidepressants and must be carefully supervised by a physician.

ADHD is characterized by hyperactivity and chronic inattention. The disorder may result from a smaller or less-active frontal lobe of the brain. This region of the brain is responsible for thinking, attention, memory, organization, and problem-solving. People with ADHD also have lower levels of dopamine in their brains than people who don’t have ADHD, so they might use alcohol to make up the deficit.

Alcohol is a depressant that many ADHD sufferers use to calm down, but it often exerts the opposite effect. This substance affects the brain’s frontal lobe, too, impeding clear thinking. Thus, when a person with ADHD is impaired by alcohol consumption, they are prone to wild, uncontrollable emotions and behaviors.

About 1 in 4 adults who seek treatment for addiction also have ADHD. Some of them have used alcohol or drugs to self-medicate. However, ADHD symptoms can arise subsequent to the onset of alcoholism. Our team of caring therapists and counselors at North Jersey Recovery Center can help you determine which illness came first and pursue healthy coping skills for long-term sobriety.

PTSD is a severe anxiety disorder brought on by trauma such as sexual abuse, military combat, catastrophe, or accident. Most people who experience sudden, shocking or frightening events develop short-term symptoms, but PTSD lasts more than a month and becomes debilitating with recurrent flashbacks, scary thoughts or dreams, and being easily startled. People with PTSD often battle depression or other anxiety disorders along with substance abuse.

Studies link PTSD with opioid use and chronic pain conditions. Some researchers believe that PTSD patients may have lower pain thresholds and endogenous opioid levels due to a disruption in the endogenous opioid system. Other experts posit that pain and PTSD could influence each other, aggravating the symptoms of each other.

PTSD patients have higher rates of opioid prescriptions. This exposure to opioid analgesics increases the risk of developing an addiction. Easy access presents temptations for diversion and misuse, and the proliferation of cheaper illicit opioids make these drugs difficult to resist. Mounting evidence associates opioid abusers with high rates of PTSD; people diagnosed with this illness are three times more likely to suffer from opioid use disorder.

People with bipolar disorder typically experience a mixture of manic and depressive episodes. They often feel out of control of their lives and turn to alcohol to escape their uneasiness. Individuals who were mentally stable before addiction can develop this condition as excessive alcohol or drug abuse changes the brain reward system and other parts of the brain that regulate mood and behavior.

Marijuana abuse is common in individuals with schizophrenia. This drug appears to produce many symptoms similar to a schizophrenic episode. Studies indicate that people who smoke high-potency marijuana daily are at five times the risk of developing psychosis as people who have never smoked. Those with pre-existing genetic or other vulnerabilities are even more susceptible to psychiatric illness connected with marijuana use.

Researchers have discovered that individuals who use marijuana and carry a variant of a gene that affects dopamine signaling are at a greater risk of developing schizophrenia. Marijuana use also worsens psychotic symptoms in those who already have the mental disease. The age at first use and the amount consumed affect the onset or progression of schizophrenia as well.

About 24 million people suffer from an eating disorder such as anorexia, bulimia, or binge eating disorder. About 64% of them misuse over-the-counter and prescription weight loss pills. Many people do not think that appetite suppressants are addictive. However, these substances are widely abused for their hunger-reducing and fat-burning properties. People with food-related mental illness also frequently abuse laxatives, diuretics, emetics, amphetamines, cocaine, and heroin.

Certain personality traits such as perfectionism and impulsiveness have been linked to both eating and substance use disorders. Disordered eating may develop as a symptom of depression or another mental illness as well. Eating issues and addiction share common risk factors such as low self-image, family history, social pressures, and brain chemistry disruptions.

The Prevalence of Dual Diagnosis

Since the 1980s, multiple studies have documented the prevalence of co-occurring disorders. The National Survey on Drug Use and Health reported that over 9 million Americans aged 18 and older struggled with concurrent mental and substance use disorders in 2018. In that year, substance use was more widespread among individuals who experienced mental health issues such as mood, anxiety, or social disorders.

Unfortunately, less than half of these people received treatment of any kind. Only about 7% were able to access treatment for both concurrent conditions. Untreated, a person with dual diagnosis is especially vulnerable to serious consequences such as:

Addiction Is a Mental Illness, Too

According to the National Institute on Drug Abuse, addiction is a mental illness in itself. Substance use disorder is a complex disease marked by behaviors that arise from drug-induced alterations in brain structure and function, such as compulsive craving and using despite the consequences. These changes happen in some of the same areas of the brain that are impacted by psychiatric conditions such as anxiety or depression.

Diagnosis and treatment for co-occurrence can be complicated because it is difficult to assess the overlapping symptoms of addiction and mental illness. Nevertheless, it is essential, as failure to treat both conditions places a person at a greater risk of relapse.

Gender May Play a Role

Research suggests that gender is a factor in some patterns of co-occurrences. For instance, males tend to struggle with antisocial personality disorder along with drug dependence and misuse substances more than females. On the other hand, females experience mood and anxiety disorders more, putting them at a higher risk of developing an addiction.

Why Does Addiction Often Accompany Other Mental Illnesses?

In many instances, people resort to alcohol and/or drugs to cope with symptoms of mental illness. For instance, someone struggling with depression turns to illicit drug use to suppress their emotional turmoil. Another person with anxiety may try an opiate as a sedative, and they may quickly develop a dependence on the drug.

In other cases, an individual develops mental health problems as a result of substance use. Since drugs alter brain chemistry and function, so a person could begin struggling with depression as their body increasingly craves alcohol or a drug. Since addiction and many mental health disorders present similar symptoms, an addict could be unaware of a concurrent psychiatric condition.

Why Is Dual Diagnosis Treatment Important?

Mental disorders can largely affect how a person receives addiction treatment. Also, many people who have co-occurrences tend to deny or downplay their substance use. Sequential treatment, attempting to address one issue at a time, is often ineffective for long-term sobriety. For example, if a person receives treatment for heroin addiction but doesn’t get treatment for an underlying anxiety disorder, they might turn back to heroin when they feel anxious again.

Dual diagnoses call for integrated care to get to the root of both conditions and work through them. However, finding help that addresses comorbidities can be a challenge because few rehab facilities have established dual diagnosis treatment programs. At North Jersey Recovery Center, you can be assured that you’ll get a customized treatment plan to help you achieve sobriety and mental wholeness.

Mental health disorders, including addiction, are complex diseases requiring comprehensive treatment. Since the illnesses often trigger one another in an individual, just dealing with one allows the other to fester and make it harder for a person to stay mentally stable and clean. The most effective rehab programs address the patients’ medical, nutritional, and psychological needs to increase the chances of a more complete recovery.

If you or your loved one is battling addiction and mental illness, please ask us about inpatient care at North Jersey Recovery Center. Attempting to wean yourself from drugs or alcohol without professional help can be extremely dangerous, even fatal. You may need to undergo detox under medical supervision. We monitor you and provide the care necessary for safe withdrawal.

At North Jersey Recovery Center, we provide a secure facility that removes you from the normal triggers and temptations you wrestle that drag you into deeper mental anguish and substance use. In our structured environment, you participate in intensive substance abuse education. You will learn valuable coping and relationship skills that will benefit you for the rest of your life.

As we create your custom recovery plan, we include a variety of individual and group therapies. We offer psychiatric sessions, family counseling, vocational training, and self-care lessons as well. Along with therapy, your treatment professional may prescribe medications to manage your mental health issue. These might include antidepressants, antipsychotics, or anxiolytics.

Questions to Ask Your Treatment Provider

The care a person receives at an addiction rehabilitation center has an enormous influence on recovery and lasting sobriety. Finding a reputable, capable provider is essential, yet many people don’t know what to look for in a treatment facility. In your search, ask a potential provider these questions to ensure that you or your loved one gets the services they need:

Get Help for Dual Diagnosis in New Jersey

All too often, people seeking help with concurrent mental illness and addiction have been advised to complete an addiction rehab program before going into a separate mental health facility. However, research increasingly supports implementing a simultaneous, coordinated effort for both conditions to improve adherence to treatment. At North Jersey Recovery Center, we tailor our innovative addiction recovery programs to address your dual diagnosis and facilitate healing.

A one-size-fits-all program simply won’t work for someone with a dual diagnosis. Your story is your own, and your recovery process should be as well. We at North Jersey Recovery Center would be honored to help you write a new chapter of victory and freedom for your life.

The types, lengths, and severity of mental illness and addictions differ with every person facing these issues, so effective rehabilitation must account for all these factors. Contact us to learn more.