What if Someone is Snorting Cocaine?

If you have heard of someone snorting cocaine, you may wonder what the effects of the drug are and what the symptoms may be.

Cocaine is an addictive stimulant drug.

Sniffing cocaine is a common way to use, while also making it more powerful.

Cocaine is a stimulant drug that comes from coca plant leaves.

Historically, there were medical uses for cocaine, but it is now primarily an illegal substance.

When cocaine is purchased on the streets, it is usually a fine, white powder.

Dealers on the black market may mix it with other substances, such as flour or talcum powder, to make it more profitable.

Other times, cocaine is mixed with more dangerous substances like synthetic opioids.

How Does Cocaine Affect the Brain?

When you use cocaine, it floods your brain with artificial levels of dopamine.

Dopamine is a feel-good brain chemical associated with reward and movement.

Cocaine prevents dopamine in the brain from being recycled, which results in large amounts of buildup — changing normal neural communication.

Since the brain’s reward center is flooded with dopamine, it reinforces the behavior of taking the drug.

In the short-term, the effects of snorting cocaine can include:

The outcomes of using cocaine can vary significantly between users.

Some people find that cocaine makes them more productive. Other people become violent or unpredictable when using cocaine.

For most, the effects of cocaine are somewhat short-lived.

After snorting cocaine, a person will likely feel the effects almost immediately. These effects will usually last up to an hour.

Other physical effects of cocaine include:

What is Snorting Cocaine?

Understanding how to snort cocaine can give you an idea of some of the effects of the drug.

The cocaine enters the bloodstream through the soft tissues of the nose when you snort it. Along with the other risks of snorting cocaine, there are many other side effects.

Snorting cocaine affects nasal tissues. A common symptom is a chronic runny nose. Someone with a cocaine addiction might blame it on a sinus infection.

Eventually, there can be severe damage to the nasal cavity. Snorting cocaine can erode the tissues in the nose and cause deformities. As nasal damage worsens, it can lead to vision damage, brain infections, and spinal infections.

Along with snorting, some of the other ways people use cocaine include smoking, taking it orally, or injecting it. There are complications specific to each method of use.

If you smoke cocaine, it can cause respiratory distress and greater risks of infections, such as pneumonia and asthma. If you consume it by mouth, it can cause bowel decay.

Injecting cocaine can lead to a higher risk of contracting bloodborne illnesses like hepatitis C and HIV.

Other complications of injecting cocaine include soft tissue infections and scarred veins. 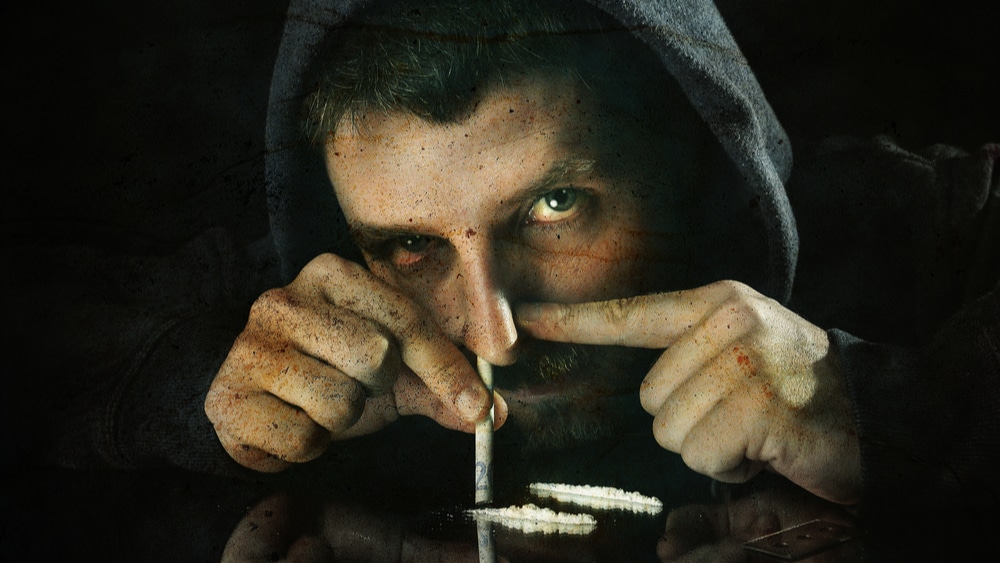 Snorting cocaine can lead to an addiction.

Addiction means that your use of cocaine is no longer in your control. Addiction is a chronic brain disease, often requiring professional treatment.

Signs of cocaine addiction can include:

Unfortunately, it is also common for people with cocaine addictions to use other drugs simultaneously.

For example, cocaine and alcohol addictions are common, as are addictions to cocaine and opioids at the same time. This increases the potential for negative health effects.

When someone uses cocaine, they may have an underlying mental illness.

This is common and is called co-occurring disorders or a dual diagnosis. One disorder is the addiction itself, and the other is the mental health condition.

If someone has a co-occurring disorder, they need a treatment program to provide specialized care for both disorders.

Treatment for Someone Addicted to Cocaine

If a person is addicted to cocaine or doesn’t feel like they can stop snorting cocaine, treatment options are available.

Behavioral therapy is used as part of addiction treatment programs. This might include Cognitive Behavioral Therapy (CBT) or Motivational Incentives.

You might participate in just one, or all of these, depending on the severity of your addiction and your history of substance use.

How Do You Pay for Addiction Treatment?

If you are addicted to cocaine, you must first realize that recovery is a must.

Cocaine addiction can be deadly. It can lead to a number of ill effects in terms of mental and physical health.

Cocaine addiction can also damage your relationships, your career, and your finances. Once you decide treatment is right for you, contact North Jersey Recovery Center.

Our team will go over payment options with you and verify your insurance.

Many people are surprised when they learn health insurance will cover some or all of the costs of behavioral health care and addiction treatment in many cases.

Takeaways: The Risks of Snorting Cocaine

Cocaine often has a reputation as not being as dangerous as other types of drugs.

That’s simply not the reality. Many people’s lives are destroyed because of snorting coke.

Whether you are concerned for yourself or a loved one, seek treatment sooner rather than later.

Addiction is a challenging illness, but with the right care, it is also one that is treatable.

Reach out to North Jersey Recovery Center to learn more.