According to the Surgeon General’s Report on Alcohol, Drugs, and Health, there are 88,000 deaths each year related to alcohol. More than that, one-tenth of deaths among working adults are also related to alcohol. Recognizing the signs and symptoms of alcohol poisoning can potentially save lives.

Alcohol poisoning is one of the reasons how alcohol is responsible for so many deaths in the United States each year. Since it’s legal, it’s easy for society to undermine the dangers of it as a whole, even though it’s a drug. Yet, in 2015, 15.7 million people were admitted to addiction treatment centers for an alcohol use disorder. That is likely a small portion of all the Americans that need help with alcoholism.

The truth of the matter is that people who receive treatment for alcoholism are lucky; many people die as a result of alcohol poisoning, even if they don’t have an alcohol use disorder. Around 66 million Americans over the age of 12 engaged in binge drinking in 2015. This can directly lead to alcohol poisoning. It’s important to get help for an alcohol addiction before this happens.

What Is Alcohol Poisoning? 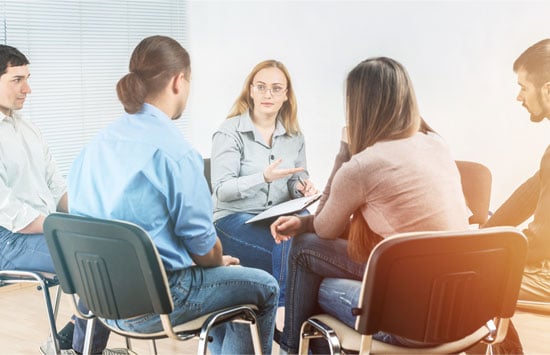 The Centers for Disease Control and Prevention (CDC) found that approximately six people died every day between 2010 and 2012 from alcohol poisoning. Alcohol poisoning is exactly what it sounds like: drinking so much in a little amount of time to the point that it acts as a poison. A high blood/breath alcohol content can depress breathing, heart rate, temperature, and other vital systems in the body.

When someone is experiencing alcohol poisoning, getting help quickly can be the difference between life and death. This can happen to both young and old people. However, it disproportionately affects Americans ages 35 to 64. Also, around 76% of people suffering from alcohol poisoning are men.

What Leads To Alcohol Poisoning?

Binge drinking is one of the lead causes of alcohol poisoning. It’s when a man has five drinks or more in one hour or a woman has four drinks or more in one hour. However, it can also be applied to an excessive amount of drinking at a single event over multiple hours. Additionally, alcohol poisoning can happen when a person intentionally or unintentionally drinks items with alcohol in it (like rubbing alcohol).

What Factors Increase the Risk of Symptoms of Alcohol Poisoning?

Mixing alcohol and drugs is one way to increase the risk of negative repercussions for drinking alcohol. For instance, alcohol is a depressant. If someone consumes a stimulant it could mask the effect of how drunk someone is. As a result, they continue to drink and ultimately suffer from alcohol poisoning.

What Are Common Symptoms of Alcohol Poisoning?

Sometimes drinking too much alcohol can mimic common signs of alcohol poisoning. Those around someone who has drunk too much may dismiss his or her symptoms as just that. However, dismissing these symptoms could leave alcohol poisoning untreated.

For this reason, it’s extremely important to be aware of the symptoms and signs of alcohol poisoning: 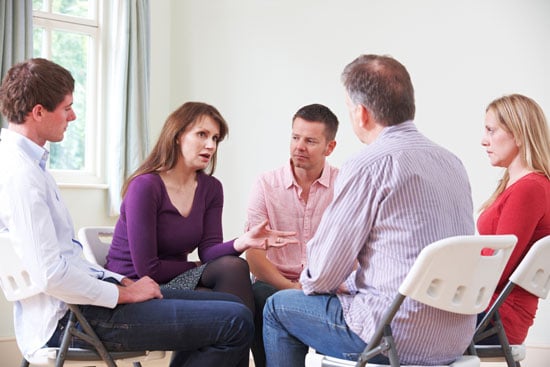 Any of these symptoms alone could be a sign of alcohol poisoning, even if it’s just falling asleep or vomiting. A combination of these signs most likely means a person is experiencing alcohol poisoning. Neglecting to get help can result in serious consequences.

Why Are Symptoms of Alcohol Poisoning So Dangerous?

When people experience alcohol poisoning, they can stop breathing. It can also make them fall into a coma. So, if an individual falls into a coma and isn’t hospitalized in time, they could stop breathing and die as a result. Not to mention that excessive vomiting can result in deadly dehydration. Plus, a person can vomit in a coma, choke on it, and die. With this, alcohol poisoning can even result in permanent brain damage.

Peers of those who are suffering from signs of alcohol poisoning might be reluctant to seek medical help. One reason why is that they may be underage. Both the peer and the person suffering from alcohol poisoning might be scared about the legal repercussions surrounding what might happen if they get help for drinking when they’re legally not supposed to.

So, if a person is suffering from alcohol poisoning it’s important to take these steps:

How Alcoholism and Symptoms of Alcohol Poisoning Relate 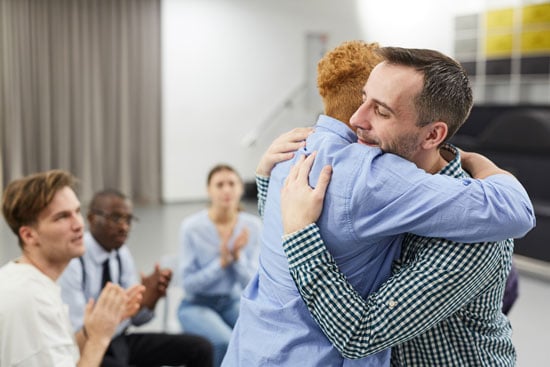 Approximately 30% of people suffering from alcohol poisoning met the criteria for alcoholism. An alcohol use disorder is a complex and chronic brain disorder that makes it impossibly difficult to quit drinking. Abruptly stopping alcohol consumption with a severe alcohol use disorder can result in dangerous withdrawal symptoms, like seizures.

When someone suffers from an alcohol poisoning incident, there’s a large chance that they could be someone with an alcohol use disorder. While it’s a chronic disorder, it’s treatable. Yet, it takes the right professional team and a positive mindset.

An alcohol detox is one of the most important steps to recovery before treatment. In fact, most addiction treatment facilities won’t begin treatment until all traces and toxins left behind by alcohol are out of a person’s system. Support is crucial during a medical detox, which is why the staff at a detox clinic will provide it 24/7 for patients.

Additionally, withdrawal symptoms can be extremely dangerous to those with a severe alcohol use disorder. Symptoms can be similar to alcohol poisoning:

Some addiction recovery specialists feel that inpatient and residential programs are most effective for those who have severe addictions. This is mainly because patients within inpatient programs will live at the facility and dedicate all of their time to recovery.

Residential programs are a category of inpatient programs. It’s a bit less intense and restrictive. Both forms of inpatient programs are best for those who want to overcome their alcohol use disorder for good. Not only does it give patients more time to build a solid foundation for recovery, but it also allows the team to change detox or treatment if it’s not as effective as it could be.

Not every person can attend an inpatient program. They might have prior responsibilities, such as children or a full-time job. If so, it’s still important to get help with an alcohol addiction.

Whether a recovering individual is in an outpatient or inpatient program, addiction therapy is crucial to recovery. Some include cognitive behavioral therapy (CBT), dialectical behavior therapy (DBT), and holistic therapy (includes hypnosis and nature therapy). Each offers its own benefits, so at times, a patient might be a part of all three.

We Understand the Dangers of Symptoms of Alcohol Poisoning

Have you or a loved one suffered from alcohol poisoning? If so, contact us now. It’s crucial to get help when this happens so it doesn’t escalate into a much deeper health complication. All it takes is a call or email, so there’s no reason not to. Reach out to our amazing, compassionate, knowledgeable team today to find the hope and help you’ve been searching for! We look forward to walking with you on your journey to a complete recovery from alcohol use disorder.