Exploring the Genetics of Alcoholism.

Exploring the Genetics of Alcoholism. 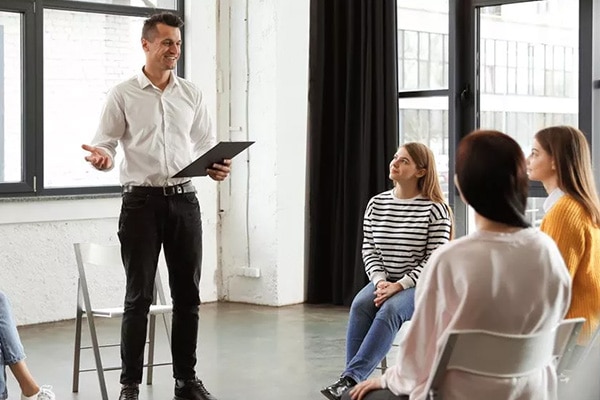 Alcoholism, or alcohol use disorder (AUD), is a chronic disease characterized by excessive drinking, and an inability to control drinking despite negative emotional and physical health effects. According to recent surveys conducted in 2019, approximately 14 million adults (18 and older) suffered from alcohol use disorder that year.

Alcoholism and the Family: Is There an Alcoholism “Gene”?

The argument of whether or not alcoholism is genetic has been a long-lasting discussion in the medical and psychological fields. Historically speaking, alcoholism was considered to be a “behavioral” disease. This meant that it was seen as having been developed mostly from the act of excessive drinking.

Since larger and more involved studies have been done, researchers found that certain people were unable to stop drinking, not just unwilling. They also realized this characteristic was commonly found throughout families. This realization led professionals to dig deeper into the family tree and try to find a gene or hereditary marker.

There hasn’t been one single “alcoholism” gene found within human DNA. Rather, many different genes can predispose someone to develop alcohol abuse disorder. Certain combinations of genes have been recognized as increasing the likelihood of alcoholism as well as other brain conditions 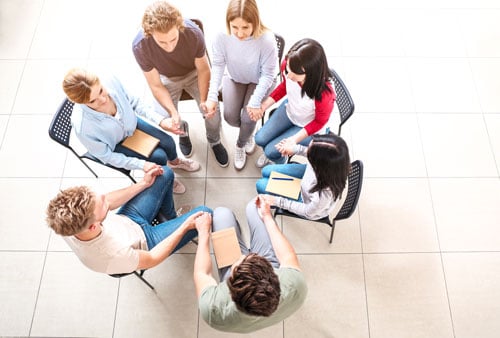 While there is no one single gene that suggests the presence of alcoholism, there are mental health conditions that predispose individuals to develop addiction disorders. Mental health conditions such as schizophrenia, bipolar disorder, depression, and anxiety each dramatically increase the likelihood of developing an addiction. These illnesses are genetically passed down and have proven hereditary markers. Since they increase the chances of developing alcoholism, their genes are associated with this increase in risk.

Mental Illnesses alone increase the frequency of alcohol use disorders. Furthermore, their genetic makeup when combined with other genes has been shown to increase the chances of AUD as well. Mental illness is only one example of genetic variants that are shown to increase alcoholism risk. Researchers are still conducting further investigation on the presence of a singular alcoholism gene, as well as combinations.

How Do Genetics Influence Alcoholism?

There has never been one “alcohol gene” found in human DNA, but there are genetic markers or signs that influence the development or risk of it. For example, certain enzymes in the gut are able to break down alcohol. If someone has a gene that causes alcohol to metabolize differently, that could increase their chances of the disease. So many factors play into whether or not someone may become addicted to a substance. Each of these factors has genes, and genes can come in many different combinations.

Some examples of the ways genes influence addiction include:

There may not be a gene that has been proven to cause a definite risk of alcoholism, but there are specific genes that have been linked to an increased risk of alcoholism. Some of these well-known genes include:

These are only 3 out of hundreds of different genes that impact the development of alcoholism. It is important to emphasize that a combination of environmental and genetic factors is always at play when discussing the development or risk of addiction.

Genetic influence has only been shown to account for about 50% of alcohol abuse disorders. There are numerous other factors that can lead someone to develop this condition, one of the most significant being an individual’s personal environment.

Everything in our health is a combination of genetic and environmental influences. You could be predisposed to something, but live a healthy lifestyle that offsets or delays the presence of it. The same thing goes for developing alcoholism. You may have a genetic predisposition for it, but never try alcohol and therefore never develop alcoholism. On the other hand, you may have the gene and also live a very hectic and stressful life that increases your desire to drink excessively.

Some of the most common environmental factors that may increase the risk of developing alcohol abuse disorder include:

There are also factors that could decrease the likelihood of developing alcoholism, even with a genetic predisposition. These include:

Can You Find Out if You’re Genetically Predisposed to Alcoholism?

In addition to heavy drinking, the presence of different variants of genes may predispose you to alcoholism. Many people fear drinking for there may be a chance they have these genes. Other people who have already developed alcoholism may want to inquire as to whether or not their addiction is genetically or environmentally influenced.

While there are gene testing options available, these tend to be very expensive and rarely covered by insurance. The best way to decipher if you have the genetic makeup that increases risk is to take a look at your family tree and ask these questions:Behavioral Genes and Alcoholism

If you answered ‘yes’ to any of these questions, it’s likely you may have a higher risk of developing alcoholism. If you are not currently drinking, make sure you are cautious if you want to start socially drinking. You may want to avoid drinking altogether to avoid the risk. It’s important to understand that alcoholism is a disease and not a choice. Even with genetic markers, treatment can help you find sobriety.

Whether you have genetic influence, environmental influence, or a combination of both causing your alcoholism, North Jersey Recovery has resources for you. Our rehabilitation center offers detox services, inpatient rehabilitation programs, individual and group therapies, aftercare, and more.

Our programs combine services that treat the mental, emotional, and physical aspects of addiction. We take a holistic view of each client to ensure the root of the addiction is addressed and healed. Our goal is to have you leave our facilities even better than you were before your addiction.

We understand the complexities of substance abuse, and the different factors that come into play for each individual. If you’re looking for a recovery program that will individualize a program for you, take a holistic view of your recovery, and be there to support you every step of the way, you’ve come to the right place.

For more information about our alcohol addiction services, or other rehabilitation programs, contact us anytime. We are excited to help you or your loved one start the journey to recovery.