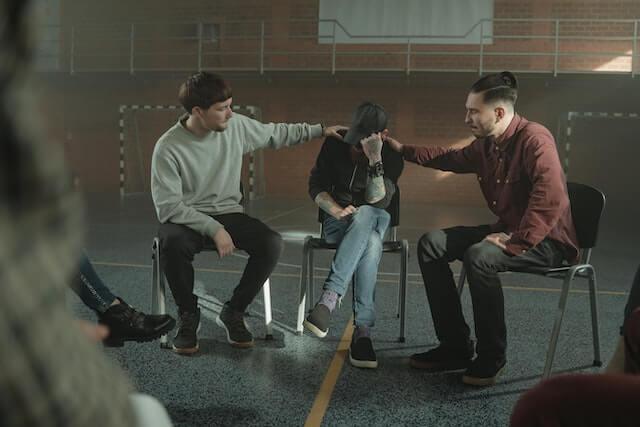 The 12 step program evolved from AA, and is one of the most effective measures for addressing alcoholism. But how does it compare to other treatments for alcohol addiction? In more recent years, research has been catching up with the approach of the 12 steps. In today’s article, we are going to be assessing how this program fully functions and if some patients need to depend on other alternatives to get sober.

Think of the twelve steps as a guideline for those working towards overcoming their alcoholism. The organization behind the program has been around for many decades, and its core principles have been utilized in many modern treatments for substance abuse. Since there are often some misconceptions about the program, here are the 12 steps in their entirety: Identifying the steps will hopefully give one a better idea of the framework, and perhaps it can even help them on their road to recovery.

Notice anything in particular about all of these steps? The purpose behind every one of them is for the individual to take responsibility for their actions and recognize they need help for their substance use disorder. These points are not only pivotal in AA, but they are important for any other type of alcohol addiction treatment.

The Success Rate of AA and the 12 Step Program

Success is a vague term for describing the results of these programs. Specifically because the impact of these programs impacts every individual differently. There is not an exact success rate available, since many of the reports published by Alcoholics Anonymous are based on a multitude of varying factors. Because the group has always abided by the fundamental qualities of anonymity, many of its participants do not partake in studies since it breaches the basic code of the group. Many chose to remain private, and it’s also their prerogative to do so. Additionally, they may not want to disclose if any shortcomings occurred (i.e., relapse).

The turnover rate for many members is extremely volatile. 40% of people drop out of the program during the first year. Despite it being criticized by some outlets for having lower rates of success, it’s not sitting at 5% like some proclaim it is.

One of the biggest hindrances of the program can be the lack of participation from its members. If people are not willing to follow the structure imposed in the meetings, then they will not fully reap the benefits of the treatment model. Those seeking a recovery support group may experience immense benefits from the 12 step approach. But all patients should do their own research and determine if the spiritual approach is right for them. There are viable alternatives that are just as effective for aiding recovery.

Alternative Options to the 12 Step Program

The alternatives to AA and the 12 steps might be more appealing for some, because of the omissions of religious principles. Alternate programs typically ask the person in treatment to find their inner motivation and learn to control their urges, as opposed to seeking an external power source. These programs will also evolve with research, and are less stringent in their approaches. Rest assured, peer support and aid from treatment professionals still very much applies in these programs. Some common alternatives can include:

If you or someone you know is grappling with a severe AUD, North Jersey Recovery Center will help you determine the right path to treatment. To discuss next steps, contact us today!