Mixing Alcohol with Energy Drinks: Exploring the Many Dangers of this Combination

In 2017, the Centers for Disease Control and Prevention (CDC) reported that more than 10% of adolescents drank energy drinks and alcohol, some even as young as 12 years of age. Alcohol and energy drinks are immensely popular in the United States, especially among adolescents. This is concerning because alcohol mixed with energy drinks can result in harmful consequences as well as legal troubles.

There are a vast number of reasons that alcohol and energy drinks should not be mixed; these sorts of consequences should not be taken lightly. Some of this is because it is a mixture of stimulants and depressants, but there are many more reasons than this. 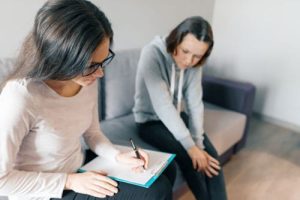 Alcohol and energy drinks have been beverages people mix for centuries (not referring to the vodka and Red Bull cocktail). Coffee and alcohol have been popular cocktails for quite some time; while others may not believe coffee to be an energy drink, it technically is. Coffee has a concentrated amount of caffeine, and numerous studies have proven that the combination of alcohol and caffeine can be deadly.

Stimulants and depressants are substances that should not be mixed and for good reason. The two don’t mix well in the slightest. Depressants like alcohol slow down the body’s functions and impair judgment severely. Conversely, stimulants speed things up.

Some effects of depressants include the following:

Some of the effects of stimulants include the following:

What is Binge Drinking?

Binge drinking is when someone consumes more than six drinks in one sitting. However, it’s different for men than it is for women. For men, on average, it’s five or six, and for women, it’s somewhere around four drinks. The most discouraging part of all of this is that younger people are four times more likely to binge drink with an energy drink than without. Those who participate in this behavior report more harm to their bodies than those who don’t; this could include injuries, unprotected sex, and drunk driving.

How Do Alcohol and Energy Drinks Affect Young People in America? 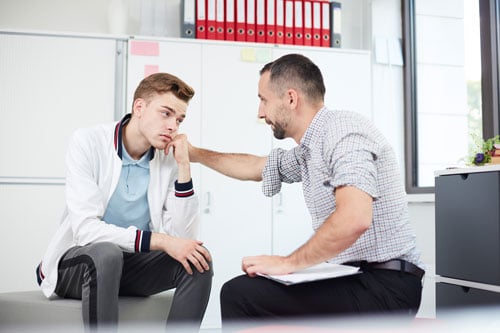 The stigma behind the effects of alcoholism influences many to believe that only adults suffer from alcoholism. However, this is quite the contrary. The National Institute on Alcohol Abuse and Alcoholism (NIAAA) has done studies that show reports that suggest something that may be completely counter to what some may believe. According to them, underage drinking, especially underage drinking of alcohol mixed with energy drinks is a massive problem.

By way of example, 25% of young people between 14 and 15 years of age had one full drink in 2019. That same year, Americans ages 12 to 20 drank more than two or three sips of alcohol in one sitting. Not only this but according to the CDC, mixing alcohol and energy drinks is particularly dangerous for youth in America.

The Dangers of Drinking Alcohol

Some of the dangers of drinking alcohol at a young age include the following:

When it comes to the dangers of drinking alcohol, it’s more dangerous for those who are under age than it is for those who are of age. There have been studies conducted that have shown individuals are more likely to develop an addiction to alcohol if they start drinking before the age of 15.

The Deceptive Perception of Alcohol and Energy Drinks

Given every ad for alcohol and energy drinks ever, it’s safe to say these substances are deceptive. More specifically, some products line the shelves of convenience stores that identify themselves as both alcohol and energy drinks. For example, many are familiar with Four Loko, a tall can of energy drink/alcohol hybrid. These cans are packaged colorfully with an assortment of different flavors to appeal to younger people.

When it comes to these types of drinks, pop culture icons are usually the ones who strike deals to sell them. The marketing campaigns are all centered around a fun/hip time in efforts to convince a young demographic that all of what they see can be theirs as well. All the while the true intention is to attract young individuals.

This, however, is where the federal government stepped in, and it was for the better. The Federal Trade Commission (FTC) and Food and Drug Administration (FDA) shifted their focus toward these beverages. The government sent out warning letters in late 2010, warning individuals about the dangers of this particular substance.

What Did The Government Say About Alcoholic Energy Drinks? 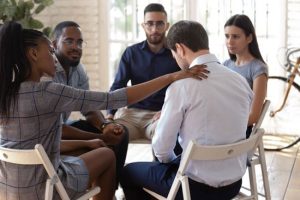 In these letters that the federal government sent out regarding alcoholic energy drinks, it was written that this particular combination was deceptively safe. These drinks were being sold throughout the United States and in the government’s eyes were quite unsafe. Their response? They encouraged consumers to protect those who didn’t understand the dangers of the effects of these beverages.

Companies like Four Loko wound up removing caffeine, guarana, and taurine from their products. This made things a lot safer for consumers (although not completely safe, as these beverages contained the alcohol content of five beers.

What Kind of Alcohol and Energy Drinks Should I Avoid?

When it comes to alcohol and energy drinks, people should always stay away from combining the two. Any combination of alcoholic beverages and stimulants should be avoided. That’s not to say that some combinations aren’t more intense than others, but the fact remains that it should be avoided at all costs.

It’s worth mentioning that a drink with a high alcohol percentage will have more influence on someone than an alcoholic beverage with low alcohol content. While that may seem like an obvious statement (because it is) it serves the purpose of explaining the fact that a drink with lower amounts of alcohol and caffeine are safer (not safe, but safer).

What Can I Drink Instead of Alcohol or Energy Drinks?

Drinking is a pastime people have enjoyed since well before the common era. In the modern-day world, drinking is glorified and a part of culture wherever you go. Peer pressure is one of the most difficult parts of saying no to drinking, but this doesn’t mean you still can’t have fun. There are plenty of ways to opt-out of drinking while still having a good time.

Many individuals at a party will opt out of a drink if they are trying to maintain their sobriety; however, just because you’re not drinking alcohol doesn’t mean you can’t make something fun without it. Many people who attend parties without drinking alcohol pursue options that are more safe, like mocktails (drinks that taste like an adult beverage but have no alcohol content). Some of the more popular ones include virgin piña coladas.

Some mocktails include the following:

There are a plethora of different options that well-versed bartenders would be delighted to make for those who are trying to stay sober. Whether it’s a green tea mocktail or a Red Bull and seltzer water, there are plenty of safer options. Though there’s always immense pressure to partake, abstaining from and considering alternatives to alcohol and energy drinks are something to take pride in.

Say No to Alcohol and Energy Drinks

At North Jersey Recovery Center, we want to be 100% certain that those who need help receive it. Whether it’s through inpatient treatment, detox, or simply educational insight on the dangers of alcoholic energy drinks, you can rest assured that we’re doing the best we can to help you. Not only that but when you come through the doors of our facility, we want you to be sure that you are receiving the utmost quality care. If you or a loved one need assistance, contact us today.