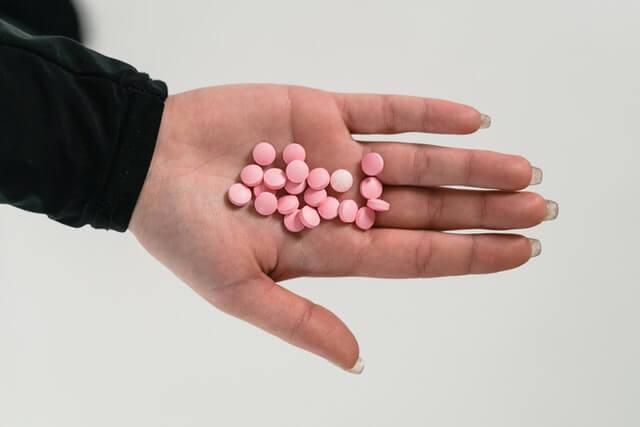 On the topic of prescription drug addiction, we hear a lot about opioids like Hydrocodone, Oxy, and Fentanyl. All things considered, the drug epidemic sweeping the country is no laughing matter. There are countless prescription drugs and street drugs that have gotten a grip on many lives, but is there another addictive script that people should pay close attention to? The short answer is yes. The drug in question is called Klonopin. As a provider of prescription drug treatment in Passaic County NJ, North Jersey Recovery Center seeks to shed light on all drug culprits, and Klonopin is no exception. For today’s post, let’s talk about Klonopin addiction: Is it more dangerous than cocaine?

A Hidden Script That Lurks In The Shadows

Klonopin may not get a ton of coverage in the news, but it still remains one of the most dangerous and widely abused prescription drugs in the United States, often warranting the intervention from services like prescription drug treatment in Passaic County NJ. Don’t believe it? How about what records showed in 2015? Almost 24 million prescriptions were filled for the medication, up from 12 million in 2005. If you are one of the many people using Klonopin, beware. For the uninitiated, we will continue to discuss the dangers of this drug in greater depth. For anyone experimenting with it, it’s important that you have all the facts at your disposal. If you are addicted, you might need assistance from prescription drug treatment in Passaic County NJ.

Klonopin denotes the brand name for a generic prescription drug known as Clonazepam. It’s classified as an anti-epileptic drug used to treat seizures, panic attacks, and anxiety. Additionally, it’s considered a central nervous system (CNS Depressant). The drug is administered in pill form. Much like Xanax and Valium, Clonazepam belongs to the Benzodiazepine drug class. Benzos are known to interact with the brain by enhancing the gamma-aminobutyric acid neurotransmitter, otherwise known as GABA. The main function of GABA is to inhibit certain functions of the brain. This will help to reduce nerve activity and over time, it slows down over-activity and soothes the mind. The continual firing of neurons in the brain is what typically leads to seizures and panic attacks. Patients suffering from epilepsy and seizure disorders need an increase in GABA production. It will also pacify the feelings of anxiety in panic attack sufferers, PTSD sufferers, and other generalized anxiety disorders.

The Dangers Of The Klonopin High: Zombies & Blackouts

A plethora of people abuse Clonazepam. They either misuse their own prescribed medication, take it from other’s, or buy it on the street. Those who love the drug take it because of the euphoric feeling, or because it makes them feel fantastic overall. The high from popping Klonopin is eerily similar to being intoxicated on alcohol, weed, etc. It brings about a very calm, soothing, and relaxing feeling. As with many other Benzodiazepines, the Klonopin high results from the slowing of internal functions. Breathing, mental processes, coordination, and perception of the world all slow down to a snail’s pace. For some, this is enjoyable. However, if you are looking to find satisfaction like the kind that’s found when taking opioids or party drugs, Klonopin is sure to disappoint. The high from the drug yields a mild to moderate sedation at best. This is why many people take a handful of pills, because they are looking to maximize the pleasure. While they may love it at the moment, there are others who detest the way it makes them feel. Some have reported that it puts them into a “zombie-like state”. Feeling as though they are paralyzed and are unable to move. Others have noted that it feels like their brain is on fire and that they feel electrocution, and blackout is not all that uncommon when faced with a severe Klonopin addiction.

Poly drug use is anything but uncommon, especially for Klonopin users who are hoping to mask or amplify the effects of the drug. Some might indulge in cocaine to counteract the sedative effects of Klonopin. Others might take alcohol to enhance the calming effects, whether it’s for the sake of trying to sleep or getting a stronger high. The worst consequence of pairing Klonopin with other drugs is the likelihood of experiencing a fatal overdose. For example, when used together, alcohol and Klonopin can slow down a person’s central nervous system to the point where they stop breathing entirely. Check out the risks of these combinations and their outcomes through studies compiled in the DAWN Report. We can clearly see that the growing concern for individuals who regularly experiment with combinations is not something to overlook.

Effects And Abuse Of Sustained Addiction To Klonopin

Although Klonopin can be effective in treating severe medical problems like epilepsy, its stance as a potent drug will always make it likely to be abused and misused. Any use of Klonopin without a script is considered abuse. Using at higher than prescribed doses will result in a depressed central nervous system (CNS). This causes a short, euphoric high, followed by a hazy stupor. Some will even go as far as to crush the pills into a fine powder and snort them to intensify the effects of the drug.

Patients who are routinely abusing the drug, deviating from the intended purpose, the following side effects can kick in:

Signs that someone has overdosed on Klonopin can include:

After a certain period of time, there is a risk for paradoxical drug reactions. These are the opposite effects of what the drug is supposed to be doing, such as increased irritability, anxiety, agitation, and poor sleep. Long-term abuse may also lead to depression and panic attacks.

A Klonopin addiction can, without a doubt, upend your life. Instead of allowing this struggle to fester, defer to our team of addiction specialists with North Jersey Recovery Center. We have garnered several years of experience in helping patients to regain control of their lives and with maintaining their sobriety. To get started with treatment, contact us today to learn more about our prescription drug treatment in Passaic County NJ.