Drug Abuse Among Chefs: Why We Should Restructure The Culinary World 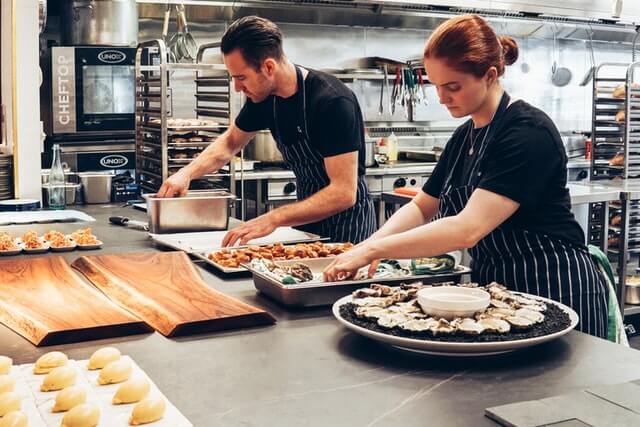 You might be surprised or may not be surprised to learn that the demographics of alcohol and drug addiction do not exclude the restaurant industry. While manual labor is no stranger to substance abuse, the facts are that restaurant workers have some of the highest incidences of alcoholism and the third-highest drug abuse rate among all professions. These issues run the gamut and can affect short-order cooks, chefs, and dishwashers alike. Something has got to give, and that is exactly what our team with North Jersey Recovery Center will be discussing today. Here is why more attention should be directed to drug abuse among chefs – Why we should restructure the culinary world.

The Issue Of Burnout In The Food & Beverage Industry

Chefs and cooks are notorious for putting in between 50-70 hours of work per week. These include weekends, evenings, and for up to 12 hours per day. The rate of burnout is high, and many cooks suffer from physical problems that make it difficult to stay in the field for an entire lifetime. This has long been a standard in the culinary world, however, while it may cause the uninitiated to sound the alarms, almost any other person will express some measure of concern due to the high levels of stress in the industry. Chefs have families of their own, and are at the mercy of cuisine, meaning they may miss out on several important aspects of their personal lives. In an age where every other industry is regulated, why are chefs and cooks continuing to push so hard? The answer may not be clear, but the ambiguity drives much drug abuse among chefs.

Why Is The Restaurant Industry A Magnet For Substance Abuse?

The reasons for drug abuse among chefs and others in the culinary world is far-reaching. As we know, the restaurant industry is held in the highest regard, and is often found at the epicenter of dining and drinking (making alcohol the fundamental ingredient, or recipe for disaster). A majority of culinary establishments have bars associated with them, and many bars also have food preparation associated with them too. Either way, alcohol is allowed to freely flow and the risk for alcoholism is one of the natural results. With a good portion of the population being susceptible to addiction, the sheer volume of people means more risks for substance abuse.

Restaurant workers endure the wear and tear of late hours, which is a breeding ground for all demographics to congregate and use drinking as a social lubricant. The exposure is enough to spur an addiction, yes. But, much like construction workers, restaurant workers are transient, have very little in the name of job security, have less education, and may not be on a long-term, life goal track. A myriad of these individuals suffer from hopelessness for their futures, resulting in depression, which is yet another precursor to substance abuse. This issue compounds another problem in what many refer to in our space as co-occurring disorders.

The Consequences Of Substance Abuse In The Restaurant Industry

Any semblance of alteration that departs from peak functioning becomes very problematic in all industries that involve machinery, heat sources, or use of cutlery. Not to mention, balancing trays of copious amounts of food, drinks, dishes, all while moving back and forth between the kitchen and the customer. OSHA has labeled accidents on the job as “incidents” and there has been an entire protocol put into place for drug and alcohol screenings, developed as post-incident screening. In the past, workers were staunchly opposed to such investigating in their lives because they feared retaliation.

Employers were also resistant to these screenings, as doing so would save time and money for training new employees. After some time, the aforementioned reasons have been found to have been counterproductive to work safety. In 2018, OSHA changed its stance on post-incident screening to one that seeks to improve work conditions for both employees and employers, instead of using these tools as a method of discipline.

What Anthony Bourdain Exposed Beyond The Front Of the House

Anthony Bourdain, during his time, never shied away from discussing his illicit drug use and abuse of heroin, cocaine, and a hodgepodge of other illicit substances. While he never blamed others for his habit, one could assume that it at least had something to do with the culture of food and beverage, and the high demands that were and are currently placed on head chefs and cooks. He was quoted as saying–” Admittedly, it is a life that grinds you down. Most of us who live and operate in the culinary underworld are in some fundamental ways dysfunctional.” That declaration served as a dish served cold, so to speak, in Bourdain’s 1999 New Yorker piece that did much more than launch his career and celebrity status.

It put the physical, mental, and emotional issues of the restaurant industry front and center stage for the world to see. Years passed, but the conversations on these issues never waned. Anthony kept up with these discussions as he traveled the world, digging into whatever food the locals put in front of him. Bourdain made it so that restaurant workers could feel comfortable in openly talking about these issues. The conversations will live on, even if he is not there to lead them.

What Can Be Done To Curb The Risk?

Typically speaking, a non-judgmental appraisal of restaurant industry employees can identify those at risk, such that work flow does not suffer, and functional employment can be maintained. Not only is this helpful to the individual at risk, but also profitable for the industry, because it reduces turnover. For industries that deal with a lot of abuse-related turnover, it is definitely a win-win solution. It is pivotal for employers to identify those at risk and take an attitude that even after “incidents” occur, the employee’s responsibilities and employment are salvageable. Working with a treatment center can be achieved, without the loss of work or employment, or even any work hours, especially for those in lower economic brackets.

If you or someone you know is losing the powerful battle of addiction, rest assured, we are always available to help. North Jersey Recovery Center has gained much experience in helping patients of all personal and professional backgrounds, chefs included. Contact us today to learn more about admissions!