Can You Be Addicted To Delta 8 THC? 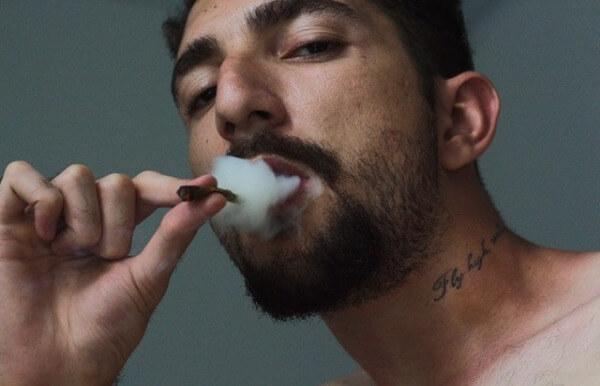 Marijuana remains one of the most addictive substances in the U.S. Its legality and usage is very volatile, to say the least. All 50 states are split on how to deal with the behemoth that is marijuana, as its potential for addiction is boundless. Many permit consumption for recreational and medicinal purposes, while others only allow for medicinal use. As a provider of marijuana addiction treatment in Bergen County NJ, North Jersey Recovery Center will not only provide our patients with a safe space to recover, but we also educate on matters that could afflict or trigger those in our robust community. Here is everything you need to know about the potential for being addicted to Delta 8 THC.

Delta-8 is a cannabis compound that has confluence with, but is also weaker than delta-9 THC (the main compound in marijuana that causes users to get high). Even though delta-9 is illegal on a federal scale, delta-8 is legal because of the 2018 Farm Bill. The farm bill made it legal for hemp to be grown and used for extractions and since delta-8 is taken from hemp or cannabis, it makes it technically legal. It’s a popular choice among young people who cannot get access to conventional marijuana. It can be smoked, vaped, or ingested in edible form. Since the drug has weaker psychoactive effects, many are under the impression that it is not addictive.

Side Effects Of Habitual Use

The side effects of delta-8 use are essentially on par with the side effects emitted from regular cannabis. Shortly after taking the drug, users could experience an array of symptoms that include cottonmouth and red eyes. Additionally, one may deal with increased bouts of happiness, relaxation, calmness, or tiredness. Conversely, when taken in high doses, colors could appear more vivid and music could have more of a “crisp” sound. However, when taking excessive amounts, anxiety, hallucinations, paranoia, and mood swings, are all imminent. Yet, since many of these symptoms are rare for a majority of users, the consensus is that it is safer and less addictive than marijuana. But we will soon find out why this is not necessarily true.

Structurally, as mentioned previously, delta-8 and delta-9 share a lot of similarities. Both will bind to cannabinoid receptors in the brain to produce the relaxing and calming effects that it’s known for. The key difference is the potency. Delta 8 is not as potent as regular THC. It’s thought to mimic the same high as marijuana, minus the anxiety, rapid heart rate, and paranoia. It also stays in the system for the same amount of time as marijuana and can be analyzed on routine drug tests.

All substances that alter your subconscious and conscious way of thinking and acting, have the potential to be addictive. Delta 8 is no exception. But since it’s not shrouded in persistent negativity and has prolonged cause for addiction, it causes users to become more speculative. This does not eliminate the possibility of addiction. The longer and more often a person uses it, the higher their tolerance will be. The result? They are enticed to increase their dosage since their current dosage is not satiating them in the same way. Chronic usage in this manner can contribute to physical and mental dependency. As the bodily systems adjust, the dependence also grows. An individual who is already dealing with a physical dependence might be impacted by withdrawal symptoms when they attempt to quit the drug (i.e., irritability, sleeplessness, depression, etc.)

In the world of addiction and addiction treatment, there is much terminology that can be downright confusing, especially if you are unsure of its relevance in both the general sense and for your personal predicament. There seems to be confusion between these terms— Tolerance, dependence, and addiction. Sometimes, they are used interchangeably, but they couldn’t be any more different. Here is how they are defined.

Symptoms Of THC Addiction & Being Addicted To Delta 8 THC

In most cases, people who are pondering on whether or not they have a substance abuse issue, usually are. Just like life, addiction is a fleeting thing. It has stages of progression, including denial and acceptance. But in the beginning, they are unable to come to terms with the idea that their usage is a problem that has gone on for far too long. If this is your situation, it almost certainly warrants intervention from marijuana addiction treatment in Bergen County NJ.

Symptoms of THC addiction can include:

Despite the chatter, delta-8 THC is an addictive substance. Even if it doesn’t carry the same level of danger as other drugs, it still raises cause for concern. If you or a loved one are succumbing to overuse and abuse of delta-8 THC and other illicit substances, North Jersey Recovery Center is here to help with Our marijuana addiction treatment in Bergen County NJ. Contact us today to learn more about the admissions process and get your life back on track!