What Drugs are Sold on the Black Market? 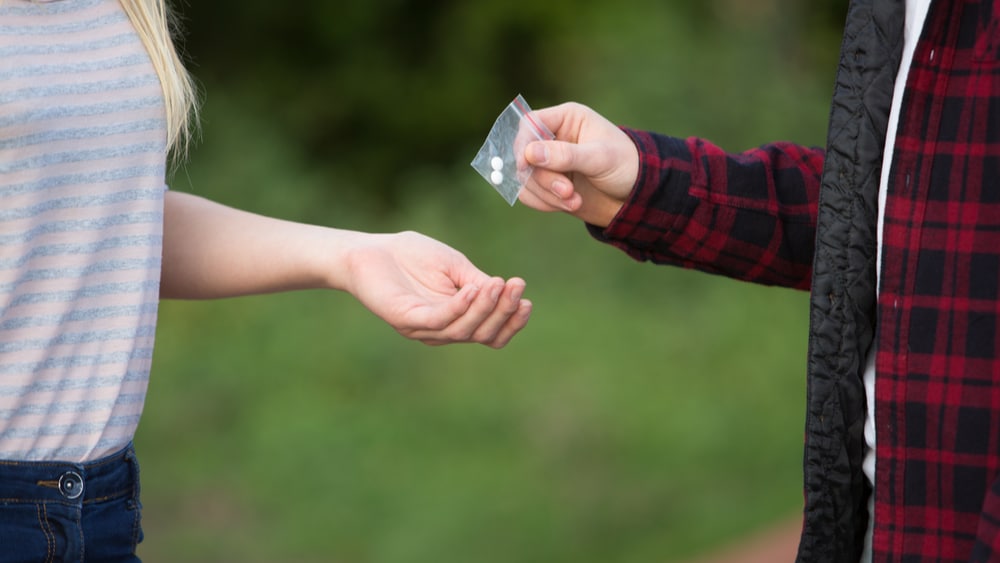 Anytime we hear of the black market, it isn’t unusual for our minds to immediately think of poorly lit alleys, people in black clothing, illicit drugs and dirty money exchanging hands. And anytime we hear of illegal drugs being obtained from the black market, we tend to think of these same pictures as the only places where that’s happening. While these kinds of notions are very prevalent, they usually make for a pretty distorted view of what the black market really is, and how it actually works. This article aims to shed light on the topic, particularly what the pharmaceutical black market is, the types of drugs that can be found there, and the dangers of getting involved in it. We begin by taking a look at what black markets are in general.

What is the Black Market?

The black market is an illegal or prohibited commerce that is not regulated by government policies. Contrary to popular opinions, a black market doesn’t have to exist in the physical world.

For example, buying and selling writing materials such as pens, pencils, and books are not exactly illegal. But if a retailer wants to evade tax, and they decide to sell it off on the black market, then they become illegal.

Why do Black Markets Exist?

As mentioned above, black markets don’t necessarily have to be about goods and services that are absolutely illegal. Legal goods can develop a black market based on a handful of factors.

Below are some of the conditions that may give rise to the development of a black market. For laws, certain pharmaceutical black markets exist because the government has prohibited the sales of certain drugs without proper prescriptions. For this reason, people have to go through illegal means to obtain these drugs. Wherever they get it from, be it physically or virtually, is a black market.

How Big is the Pharmaceutical Black Market?

The pharmaceutical black market is described as a world of its own. According to fortune business insights, the prescription black market size came to a bubbling USD 811.00 billion in 2018 and is projected to go higher. It continues to grow in size for a number of reasons, including the fact that some people with severe or complex health issues just cannot afford their medications legally seeing as they are either on the low income spectrum or do not have health insurance at all.

Consequently they turn to known black market websites for medications such as insulin, pain pills, antidepressants and so on. Of course, there are more than just a handful of reasons for the continual growth of pharmaceutical black markets. But so long as there’s an affordability problem for medications, prescription black markets will inevitably continue to grow.

Drugs to be Found on the Black Market

Different types of drugs can be acquired on the black market. Below are some of the most popular.

Lysergic acid diethylamide, also known as LSD, belongs to a group of drugs known as psychedelics or hallucinogens.

It is a synthetic chemical made from lysergic acid, a substance found in ergot which grows on rye plants. LSD causes mood changes and unstable emotions when taken in small doses. When consumed in large doses, it can cause hallucinations and can alter one’s sense of reality.

LSD in its pure form is a white unscented crystalline substance. Because it is extremely potent in this form (it is so small that it is almost unnoticeable) it usually calls for mixtures with other substances to create a full pill.

If overdosed on, some of its side effects are panic disorders, vomiting, erratic heartbeats etc.

Methylenedioxymethamphetamine is a synthetic and psychoactive drug, quite similar to an hallucinogen but more an empathogen. It is commonly referred to as molly or ecstasy. Known as a designer drug, MDMA was purposely created to make consumers feel a sense of pleasure and confidence. Continuous use or overdose may cause paranoia, teeth clenching, chills, nausea, and overheating which can cause organ damage.

MDMA can be taken as a pill or crushed and snorted.

Also known as cannabi or pot, marijuana is a psychoactive drug that contains a lot of chemicals. Its active ingredient, however, is THC.

Marijuana is used as a recreational drug but also for medical uses as it can reduce the feeling of pain in patients in its more controlled form. It can be smoked, eaten as edibles, or drunk in tea.

Its side effects include dizziness, calmness and hallucination. An overdose of marijuana can cause paranoia and psychosis.

Cocaine is an addictive stimulant made from the leaves of the coca plant. And although it can be used for medical purposes like anesthesia, it is illegal and only available on the black market. Cocaine looks like a fine white powder, but some dealers mix it with cornstarch and other unsanitary products which can lead to health hazards. Long term use cases addiction and an overdose can even cause death.

Opium is a narcotic drug derived from poppy seeds. It is used medically for chronic pain but on the black market it is sold for those looking for a euphoric high, it causes the feeling of elation and happiness An overdose can lead to coma, weakness or even death and it is highly addictive. Opium has a long history of entrenching into and ravaging communities from ancient china, to modern opiates/opioids that are causing harm today.

Dangers of Purchasing Drugs on the Black Market

Because the drugs on the black market are not regulated, it is hard to know what exactly you’re getting. There is a pretty good chance you’re getting expired products, drugs that contain harmful substances, or even counterfeit drugs.

What’s more, almost all of the drugs available on the black market have huge addiction potential and may lead to serious consequences such as death.

Without proper supervision, prescription drugs obtained from black markets lead to serious cases of addiction. Recovery is a long and arduous journey, but very possible with the right treatment programs and support systems.

At North Jersey Recovery, we pride ourselves on being one of the premier institutions in the area offering individuals the chance to get their lives back on track in an holistic manner.

Get in touch with us today to learn more about our programs and get started immediately.