Also known by its scientific name of lysergic acid diethylamide, LSD is a very strong and very potent hallucinogenic drug. Unlike many other popular hallucinogenic drugs, LSD (or acid) is created naturally and not chemically. It is derived from a fungus that grows on grains such as rye. LSD is typically taken orally, however in some instances can be taken in other ways as well. It is typically found in either capsule, tablet, or liquid form and is most commonly exchanged via decorated paper that is cut into squares with the liquid on it.

While it has not been shown to be addictive, it is still considered an illegal substance and therefore checked for during drug screenings. As a result, many people are interested in knowing how long it can stay in the system and how it is detected in drug screenings.

One common question surrounding this drug is, “how long does LSD stay in your system?” If you’ve found yourself wondering about this matter and how to end acid abuse, allow us to help you here at North Jersey Recovery Center. Learn more about options for those who feel they need to seek professional help for LSD or other drug abuse or dependency.

How Long Does it Take for LSD to Kick In?

When someone begins feeling the effects of LSD or acid, it is commonly known as “tripping”. How long a person trips on acid can vary for a variety of reasons such as age, dosage, weight, tolerance, genetic makeup, and even liver health. Based on research and experimental studies, the average person can expect to experience the following based on the amount of acid they take:

Once LSD fully kicks in, you can expect to feel any of the following effects: 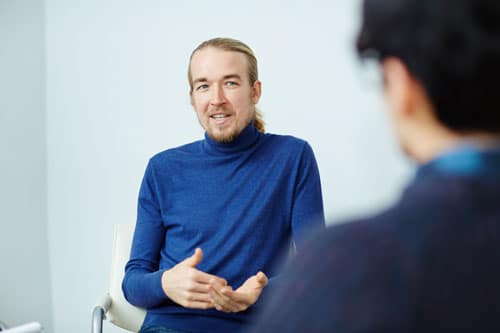 How Long Does LSD Stay in Your System?

Due to its makeup and the fact that it is found naturally, the length of time in which acid stays in a person’s system can be tricky to figure out and can vary greatly. When a person takes LSD orally, the gastrointestinal system absorbs it and channels it into the bloodstream. Once the drug is in the bloodstream, it travels to the brain and other organs, such as the liver. The liver then breaks down LSD into different chemicals.

When it comes to being able to test for acid in the system, it tends to be done via urine samples, blood samples, and hair screening.

How Long Does Acid Stay in the Urine?

Believe it or not, most urine-based drug screenings are unable to detect LSD in a person’s system. However, there are certain, specialized techniques that can be used to detect it. Those two techniques are liquid-liquid extraction and ultra-high-performance liquid chromatography-tandem mass spectroscopy. Typically, within the first 24 hours of LSD usage, the body removes roughly 1% of the LSD in the system via urine.

How Long Does Acid Stay in the Hair?

Hair sample drug testing is typically used for detecting past drug use. In fact, it can detect a number of drugs for up to 90 days after use. A drug that researchers have struggled with when it comes to hair follicle samples is LSD. This is largely due to the fact that LSD is typically consumed in very low dosage numbers.

How Long Does Acid Stay in the Blood?

LSD can be detectible in someone’s blood for up to 16 hours after last use depending on how much is ingested. Someone taking 200 micrograms of LSD will have that LSD in their system for 16 hours, while those ingesting a smaller amount will have it in their bloodstream for less time.

What Are Some Of The Factors That Can Determine How Long It Stays in the System For? 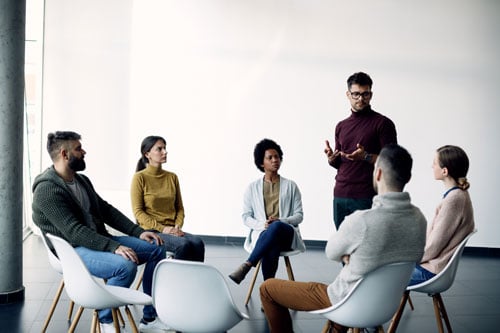 As we mentioned earlier, there are a variety of factors that can come into play when it comes to how long LSD stays in a person’s system. Two people can take the exact same amount of acid at the exact same time and not only have 2 completely different experiences when on it but can also take a different amount of time to remove the acid from their systems. Let’s take a look at some of the biggest factors that can contribute to how long it takes to leave the system.

Your liver is the main “player” when it comes to metabolizing LSD. If your liver isn’t working at 100%, or you take a medication that can affect the liver as a side effect, it might take longer to remove the LSD from your system.

Another key factor in determining how quickly acid will leave your system is your body’s makeup. Things such as height, weight, body fat, and even the amount of muscle you have can play a major role when it comes to acid staying in your system. The more fat a person has, the longer the drug stays in the system because it attaches to that fat.

When you are properly hydrated or are drinking plenty of water, it can help flush out your system and speed up the time in which the LSD leaves the body. On the contrary, someone who is dehydrated will have those metabolites in their system for a longer period of time.

As you get older, your metabolism slows down and your liver function begins to deteriorate. Since metabolism and liver function are two key components when it comes to eliminating acid from the system, the older you get the longer it remains in your system.

Can I Become Addicted to LSD?

While there is no scientific evidence at this time that someone can become addicted to acid or LSD, that doesn’t mean that there still aren’t negative consequences associated with taking the substance. As we mentioned above, people who take LSD can have what is known as a “bad trip”. Someone who is experiencing a “bad trip” can experience any of the following symptoms: 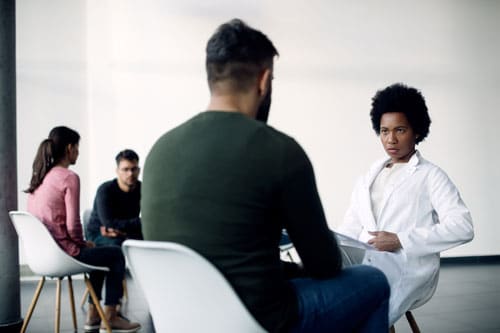 In addition, someone who is taking LSD might also be taking other substances either at the same time or at a different time. It is important to recognize if taking LSD is causing significant issues in your life, regardless if it is addicting or not, and get the help that you need.

How Long Does LSD Stay in Your System?

The amount of time LSD stays in your system will vary depending on various factors. But, on average, acid can remain in your system for several hours or even days. So, it is important to avoid misusing this drug to eliminate the risks that may come with substance abuse.

If you or someone you know is suffering from an addiction or is struggling with a dependency on LSD or any other type of hallucinogenic, it is important that they get help right away. At North Jersey Recovery Center, it is our goal to treat every person that walks through our doors.

We are proud to offer a variety of treatment options for all sorts of addictions and dependencies, including hallucinogens. Contact us today to learn more about our treatment options and how we can help you get on the road to recovery so you can live a happy, healthy, and sober life.

Allow our team to help you find total freedom from substance abuse and addiction today. Through our therapy approaches and treatment programs, we can assist you in fighting substance use disorders. Reach out to us now to begin your journey!