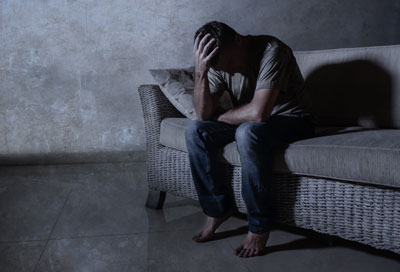 Individuals often think that their drug abuse, whether they use illicit or prescription drugs, only impacts them. Unfortunately, drug abuse impacts the people we love, as well as the schools, workplaces, and communities in which we are included, whether by geography, culture, or another characteristic. Drug abuse social issues extend from unsafe workplaces to the spread of disease to crime.

What Is Drug Abuse?

Drug abuse is when an individual uses drugs in unhealthy ways, such as using more than their prescription, using someone else’s prescription, or using prescription or illicit drugs to self-medicate against stress, anxiety, and/or depression.

Substance abuse knows no economic, social, or gender limitations. In short, anyone can abuse drugs. However, some groups are more at risk, including:

The Effects of Drug Abuse on an Individual

There are numerous health problems associated with drug abuse. These problems affect nearly every organ in the body and can include but are not limited to a weakened immune system, heart attacks, abdominal pain, strain on the liver, lung disease, mental conditions, and impaired memory, attention, and decision making.

What Are the Social Effects of Drug Abuse on the Community?

The definition of “community” is broad. It can mean a group of people living in the same place, such as a home, neighborhood, or city. It can also mean a group that has a particular characteristic in common. This definition could extend to schools and workplaces.

Drug Abuse and the Home

Drug abuse by a parent or spouse can lead to financial hardships (due to job loss or money being diverted to fuel the habit), reckless behavior that puts the family at risk, and further exposure to other types of substances.

Almost 80% of domestic violence is related to substance abuse. Drug abuse can happen on both sides of the conflict, not only by the abuser but also by the victim who uses drugs to cope.

Drug abuse in the family is not limited to spouses or parents. Adolescents, especially during times of transition, are also at risk of abusing drugs. In the U.S.,1 in 8 children under the age of 17 lives with at least one parent who abuses drugs. Those children are at an increased risk of maltreatment (including physical and sexual abuse and neglect), which may require the involvement of child welfare.

Watching their parents go through drug abuse and its effects may lead to long-term mental and emotional disorders and delayed development. Children whose parents abuse drugs are more likely to end up using, as well.

Drug Abuse and the Workplace

Drug abuse social issues occur in the workplace, too. An individual’s drug abuse will likely impact their performance at work or even stop them from going to work entirely. Drug abuse can lead to:

All three of these could lead to disciplinary actions and dismissal. Further, drug abuse can lead to impaired judgment, alertness, and motor coordination, creating unsafe workplace conditions — especially in an environment with heavy machinery.

The economic impact of drug abuse in a workplace is hard to calculate, as some of the costs are indirect. However, some of the areas in which a business is impacted include:

Since teenagers’ brains are still developing, drug abuse can have a greater impact on their development than on adults. It’s been found that drug abuse can lead to difficulty concentrating, memory problems, and an inability to process information.

Students who use substances are at a greater risk than their peers of academic failure and expulsion. Researchers have found that students who don’t graduate high school cost the U.S. hundreds of billions of dollars every year. Not only do they represent lost productivity and tax revenues but they are also a burden on public assistance, health care, and criminal justice systems.

Drug Abuse and the Larger Community

Drug abuse creates social issues and public health concerns that extend beyond the home, school, and workplace to negatively impact the larger community.

The estimated direct health care cost of drug abuse in the U.S. (illicit and prescription) is $37 billion. Drug abuse takes a toll on the health care system through:

One of the social effects of drug abuse on the community is its direct link to crime. Unfortunately, most arrestees are found to be under the influence of drugs or alcohol at the time of their arrest. Drug-related crimes are also common, such as:

All of the social effects of drug abuse on the community compound to have a massive effect on the economy. The National Institute of Drug Abuse found that the cost to the U.S. for illicit and prescription drugs is $271.5 billion overall.

How to Stop Drug Abuse in the Community

So, how can a community help stop drug abuse?

It may seem obvious, but the starting point of preventing drug abuse in the community is educating people on the dangers of drug abuse and the impact it has on the user and the community.

Parents should teach their children about the dangers of drug abuse from an early age. To start, they should talk to them about the reasons people shouldn’t take drugs. They should also cover the depictions and glamourization of drugs in the media and how to avoid peer pressure.

Education is key, but there are other steps parents should take to help prevent adolescent drug abuse, including:

One of the best things a parent can do is set a good example for their children. If they are a previous drug abuser, keeping an open dialogue with their child about the experience and what they learned is important.

Education in the school should happen early and be repeated often. From a young age, students should be taught skills like communication, assertiveness, and problem-solving that will help them avoid drug abuse.

A well-conceived awareness program will:

When building an effective drug prevention program, a community should consider the following:

Community members may not think that drug abuse in their community is significant enough to warrant attention. This denial must be dealt with before effective drug prevention programs can occur. To overcome denial:

There isn’t a one-size-fits-all prevention program. Going to the gatekeepers — the people who know what the community needs because of their position or role, or because they are in need themselves — will help determine who is in need of prevention services and what can be done to provide that service.

Involve members of the community that are well-suited to reaching particular audiences. These community members should be empathetic, well-respected, and socially, politically, or financially able to aid with drug prevention programs. This could be church groups, women’s groups, health professionals, police departments, government officials, social clubs, counselors, and therapists.

Learning More About Treatment and Rehabilitation

Prevention is preferable, but drug abuse happens. Education related to treatment is one of the first steps in stopping drug abuse in a community. You can learn more about some of these options by contacting us or visiting the North Jersey Recovery Center blog.