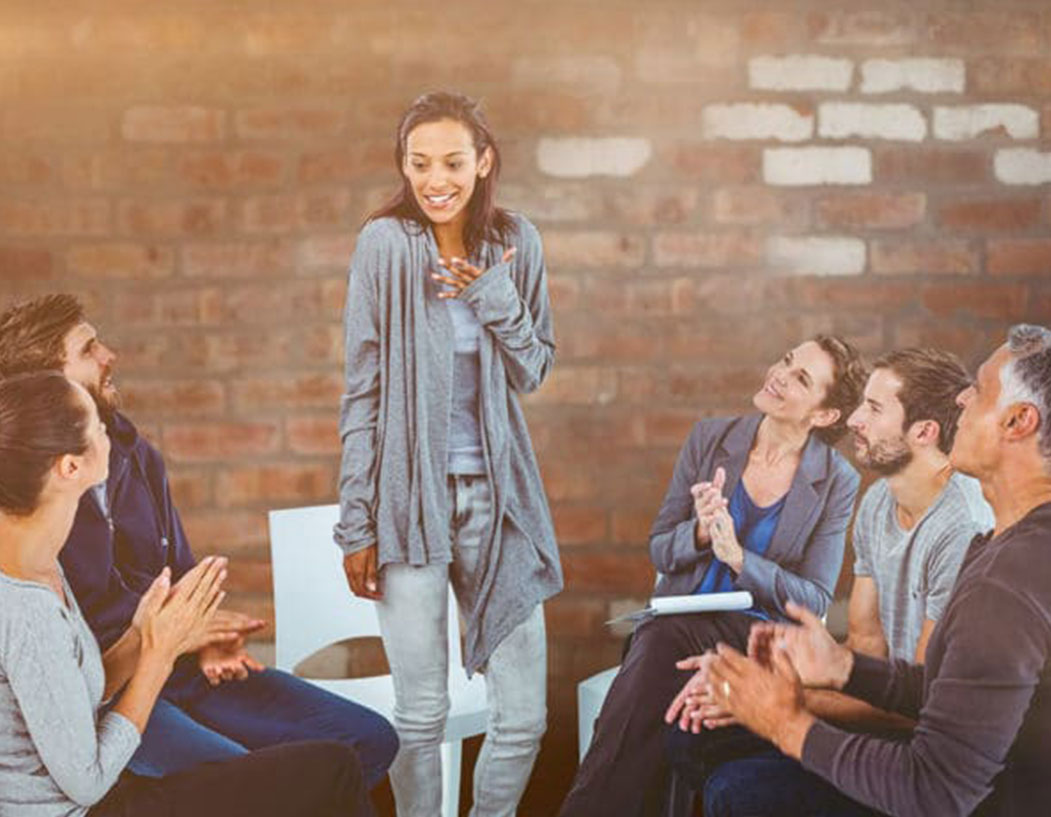 While the twelve step addiction treatment program has helped thousands of recovering addicts over the years, it’s important to note that this type of program may not be the best option in all cases.

The first twelve step program, Alcoholics Anonymous, was initially introduced in the 1930’s. It was created on the basis of assisting those who were looking to overcome their alcoholism. Later on, the founders of Alcoholics Anonymous, created a variety of other programs to help individuals with similar substance use disorders and addictions. Since then, different variations of these programs have been widely used to help thousands of people overcome their addictions. There are a number of twelve step programs that are still being utilized today to help people overcome their addictions and offer support when they need it most.

The twelve steps are based on the spiritual principles of recovery and focus on accepting the help of a higher power, making amends to those you may have harmed while using, and learning how to live with addiction without giving in to cravings that lead to relapse.

The twelve step addiction treatment program has helped countless people for more than 80 years and continues to do so. However, recent research has suggested that the traditional model of treatment may not be as effective as it used to be and some professionals are considering making changes in how they go about treating their patients.

Here are some things to consider when examining the relevance of the twelve step addiction treatment program and if it may be a good option for you:

The Twelve Steps Are Too Simplistic

There is a belief that the twelve step program may be too simplistic for some. This can be seen in the beginning steps of the program. The first step involves admitting you have a problem, the second is making amends, and the third is taking inventory.

The next four steps involve turning your life over to a higher power or God, praying for guidance, helping others find sobriety, and giving yourself up to God’s will.

The problem lies in the fact that not everyone has these specific, set beliefs.  For those who are in the beginning stages of looking for help for their addiction, they may be in a dark place and it can take time for them to build a strong foundation for their spirituality to grow. Alternatively, for individuals who have never had a belief in something greater than themselves, praying for strength, love and guidance could be exactly what they need to help them stay sober.

The Twelve Steps Rely on Willpower

The first step of the twelve step program says: We admitted we were powerless over our addiction, that our lives had become unmanageable. The idea of relying solely on one’s willpower, especially in the early stages of recovery can be difficult.

While we know that every individual is unique in their own way, the same could be said about addictions, each is unique in their own way as well. That’s why it’s hard to paint broad strokes when it comes to relying on willpower alone for long lasting recovery. When an addict or alcoholic gets sober for the first time, the rate of relapse is very high. That’s why it’s best to find a treatment program that speaks to you and that has a level of support you can return to whenever you need it.

Twelve step programs also have an intense focus on spiritual aspects which some people may be unable to connect with. There are also many different interpretations when it comes to each step of the twelve step program, which can cause confusion for some.

The Twelve Steps Are Based on Archaic Ideas About Addiction

The idea of addiction being a disease, like alcoholism or diabetes, is a relatively new concept. It’s only been in the past few decades that we’ve come to understand addiction as a complex disease that affects many areas of an addict’s life.

The twelve steps were written in the 1930’s and some say they are based on archaic ideas about addiction, as opposed to modern ideas.

We know that the first step has addicts admit that they are powerless over alcohol (or drugs). This can be misleading for some. Not all addicts are willing to accept that they feel powerless, they are only looking for help. The third step asks addicts to not only believe in God ‘as we understand Him’, but to turn their willpower over to him. This doesn’t work for many addicts who have different religious beliefs or don’t believe at all.

The Twelve Steps Don’t Address the Root Causes of Addiction

The twelve steps are a common set of guidelines for those with substance abuse problems, and they do work for some individuals. The idea behind them is that by following these twelve steps, an individual can overcome their addiction.

While there are many people who have benefited greatly from the program, it does not address the root causes of addiction, such as mental health issues or trauma.

This means that while someone may be sober after going through the program, they are still at risk of relapse in the future because there was no other work done on their mental health or any other underlying issues.

Since twelve step programs were established in the 1930’s, they were created before mental health was considered a serious concept. For example, they refer to addiction as a disease with no mention of how mental health could be affected or contribute to the root of the problem.

The twelve step method can also be harmful because it places responsibility on the individual recovering from addiction instead of holding them accountable for their actions while being under the influence.

While the twelve steps have been around for years and were created with good intentions, some say that they are a bit outdated. In this day and age, fixing the problem is not as simple as just telling someone to not drink or not use drugs anymore by giving up control.

There are too many variables that contribute to an addict’s relapse such as post-traumatic stress disorder (PTSD), mental health issues, homelessness, poverty, child abuse or neglect, and many more.

The first step in fixing this problem should be creating a system that provides addicts with proper medical care at North Jersey Recovery Center.