Lysergic acid diethylamide, also known as LSD or acid, is the most common hallucinogen in the market. This drug is synthetically made in laboratories and is classified under the Schedule 1 Substance Controlled Substance Act. This means that LSD is among the drugs that have a high potential for abuse. Therefore, in most countries, the use of this drug is illegal.

Unfortunately, however, this illicit drug has found its way into the homes and lives of countless individuals. Many people find themselves suddenly addicted to LSD, without a true understanding of this drug’s effects on their lives. But fortunately, for those who suffer from this substance use disorder, LSD addiction treatment is available.

Causes of LSD Use

Many individuals find themselves struggling with substance use without really understanding how it happened. Sometimes, people begin using drugs like LSD for the sake of experimentation. In other cases, peer pressure leads to substance use. After multiple and continuous use of these substances, individuals often develop drug dependence or addiction.

Acid is known as a “club drug.” Essentially, this means people often use it at parties, raves, clubs, and other gatherings where drug use typically happens. In many cases, the people who use LSD are young adults seeking a “trip” or a “high.”

Some people use this drug for its energizing effects. So, LSD has actually worked its way into the corporate world, with businessmen and businesswomen seeking this drug’s help. Often, these cases of LSD use include small doses of the drug. As a result, working professionals might experience an increase in performance and energy at work without experiencing a “trip.” However, even these small doses of acid can lead to dependence.

Regardless of why a person uses LSD, it’s important to end this drug use as soon as possible. Doing so can help people to avoid the physical, psychological, and emotional effects that come with substance dependence, abuse, and addiction.

What Happens When a Person Uses LSD? 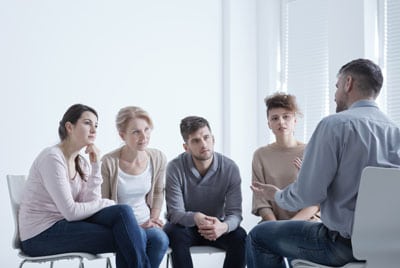 After ingesting or inhaling LSD, users experience what is termed as a “trip.” A trip is characterized by euphoria, hallucinations, and intense fear or feelings of being invisible. Other associated effects of using acid include tremors, delusions, and the following effects:

LSD use can also lead to extreme alterations in body temperature. Some people who use this drug may also feel anxiety and they may worry about impending doom or danger. Abusing acid can also cause people to have an impaired perception of time, distance, and space. They may also experience an impaired perception of color, size, and shape of objects.

The question running through everyone’s mind is, is LSD addictive? The answer is no. LSD is not addictive nor does it cause a compulsive use disorder due to the intense experience and the frequency of bad trips. However, acid is known to cause the rapid development of tolerance over a short period. This means that it would take larger amounts to elicit the same euphoric feeling.

Again, LSD is not physically addictive. However, over time and with chronic use, it may lead to the development of a psychological addiction due to its effect on the brain’s neurotransmitters. Signs that someone may be psychologically addicted to LSD may include the following:

LSD shows cross-tolerance with a variety of drugs like alcohol, narcotics, and other psychedelics. The effects of these drugs synchronize to elicit an overly excited or depressed state.

Can an LSD Overdose Happen? 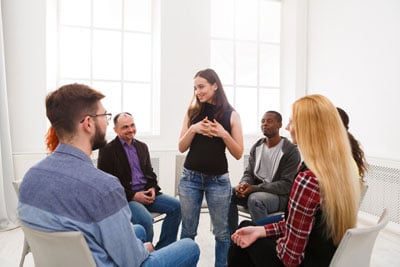 Cases of LSD overdose are not exactly common because it requires large amounts of this drug to cause a fatal dose. From a medical standpoint, acid is among the most nonlethal drugs. However, LSD is known to induce psychosis, depression, and suicidal thoughts. LSD-related deaths are typically due to adverse actions because of an induced high and accidental deaths.

However, when combined with other drugs, LSD may potentiate the effects of these other drugs. For instance, if you concurrently take LSD with anti-depression medication, it may lead to a medical crisis known as “serotonin syndrome.” On the other hand, concurrent consumption of LSD with alcohol or narcotics like heroin may induce a state of depressive coma. The comatose patient may take weeks or even months to recover from such an episode.

Although LSD causes a state of euphoria in some people, in others, it may cause paranoia, anxiety, extreme panic, and fears in others. The adverse effect of LSD is often termed as a “bad trip.” This is attributed to the fact that acid is illegally made in under-equipped laboratories by unqualified personnel. Often you may find that the LSD produced in such labs is contaminated with other chemical substances that elicit a psychedelic reaction.

The Long-Term Effects of LSD Use

LSD or acid is commonly known as ‘mellow yellow’, ‘yellow sunshine’, ‘blotter’, or ‘windowpane’. It the most common abused drug among minors and is considered a club drug. It is often sought out for its “out of body experience” or “trip.”

Recent studies also revealed that the young population uses acid in smaller doses, a phenomenon that is known as micro-dosing. They abuse LSD to get the extra push or punch of energy due to the competitive work environment and mood enhancements. The most common long-term effects of LSD use are:

Other Hallucinogens and Their Effects 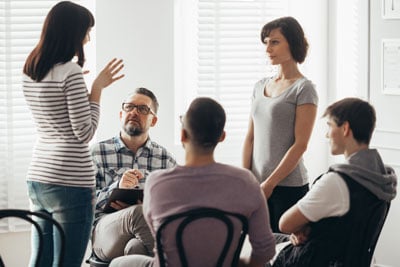 Psilocybin – Psilocybin is a substance found in high concentrations in certain types of mushrooms. It is commonly known as the magic mushroom or shrooms. Traditionally, psilocybin was used in religious rituals to speak to the ancestors or spirits.

Phencyclidine – Phencyclidine, famously known as PCP, is a potent hallucinogen. It’s available as a powder, tablet, or capsule. It is orally ingested or is formulated by dissolving in liquid for intravenous administration or inhaled. PCP users present with social detachment, rapid eye movement, slurred speech, and erratic behavior.

Unlike LSD, consumption of high doses of PCP may induce seizures, comas, or even death. However, like acid, long-term use of PCP causes flashback episodes.

Other examples of hallucinogens include:

If you or someone you know is suffering from the effects of LSD abuse, know that there is hope for recovery and freedom.

Here at North Jersey Recovery Center, we are committed to offering only the best of care to our clients. We understand the struggles, challenges, and obstacles that occur with substance use disorders. So, we strive to provide an atmosphere and environment where individuals can safely and comfortably pursue freedom from substance addiction and dependence.

While many experts say that lysergic acid diethylamide is not addictive, it is important to note that using this drug can be harmful and lead to dependence. Thankfully, however, we are here to help! If you have found yourself struggling to end LSD use in your life, please allow us to help you today!

North Jersey Recovery Center is a professional and accredited facility that offers various types of addiction treatment. We provide our clients with the tools and resources they need as they move forward in their lives.

One of the first and most important components of the treatment levels of care is detox. During a drug detox, individuals can cleanse their bodies of the toxins released by drug use. This is necessary as people prepare for substance use rehab; it helps individuals to get rid of the physical impact of substance withdrawal. As a result, clients can begin to focus on their recovery.

We offer an inpatient addiction treatment program, in which our clients can receive intensive and personalized care. Our facility also provides a partial-care program, which allows individuals to receive less intensive yet equally effective treatment. Once our clients are prepared for the next step of recovery, they can go through one of our outpatient addiction treatment programs here in New Jersey!

Throughout treatment here at NJRC, patients can benefit from various therapy approaches, as well. Learn more about how we can help you recover from LSD dependence today; contact us!