Drug Addiction and Divorce: How the Two Relate 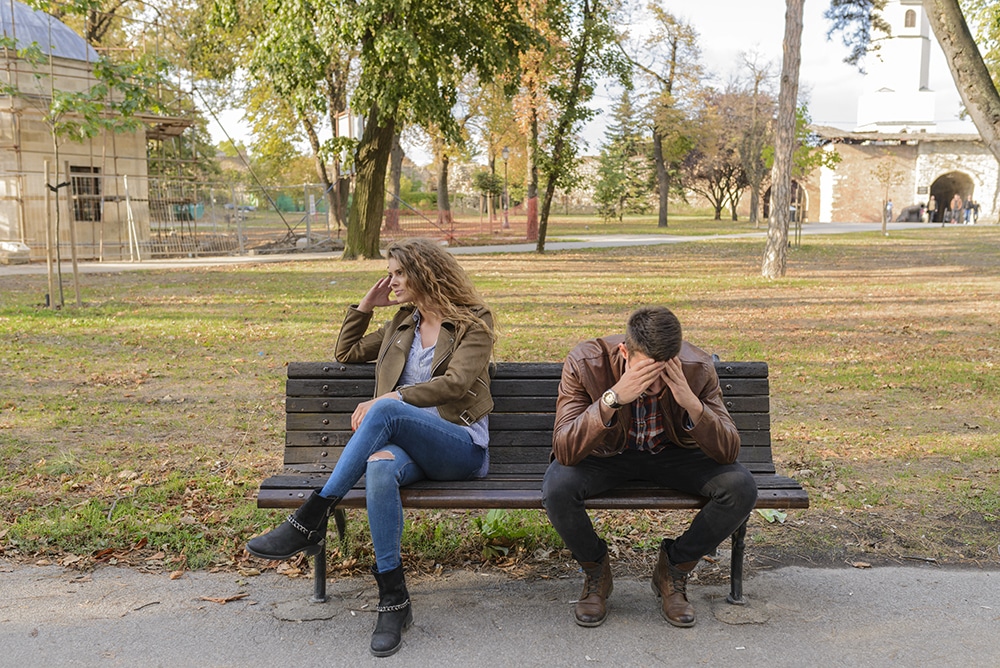 When it comes to addiction, the majority of time and attention gets spent on the person who is suffering from addiction. While this is important, it’s also important to remember that there are others who are negatively impacted by addiction. The spouse, children, and other direct family members of the addict suffer greatly when someone in their house is an addict.

People do not typically want to leave the spouse or significant other they love. But, in some cases, that is the only choice they have when it comes to having a partner who is an addict.

Divorce due to drug addiction has, unfortunately, become more and more common over the years. While some might argue that this is simply the result of divorce rates going up as a whole, it can also be argued that it is a direct result of the addiction troubles facing many in this country on a daily basis.

In this blog, we will take a look at the correlation between drug addiction and divorce and talk about steps you can take if you’re contemplating divorce as a result of a spouse’s substance abuse issues.

How Can Addiction End a Marriage?

Sadly, many people are dealing with addiction in their homes on a daily basis. While the first instinct for a spouse of an addict is to try to help their loved one, it’s not always that simple. Sometimes, what you think might be helping is actually enabling. In other cases, the spouse of the addict has done everything that they can think of to get their partner the help they need to no avail, and the only option left is to pull the cord and leave.

While every person and every marriage is different, there is usually a “point of no return” where the spouse of the addict realizes that their marriage is simply beyond saving. Let’s take a look at a few common examples of that.

Being married to an addict can take a major emotional toll on the addict’s spouse. After all, you are watching as the person you love more than anyone else is ruining their life — and it feels like there is nothing you can do about it. That has to be an absolutely miserable feeling.

On top of that, many people who are married to an addict have to deal with some form of either emotional or even physical abuse. In fact, the majority of domestic violence cases in this country stem from drug or alcohol abuse. While we as humans might be able to put up with a lot when it comes to being with a person that we love and care for deeply, everyone has a breaking point. For many, that is repeated abuse, whether it be mental or physical.

Trust is one of the largest foundations that a relationship like marriage is built upon. After all, if you are going to share your life with a partner in the ways that married people do, you have to be able to trust them. When a person suffers from addiction, they tend to lie a lot. They might:

It’s no secret that having an addiction is expensive. This doesn’t just pertain to drugs or alcohol but to all types of addictions, including gambling, sex, and shopping addictions. After all, your body and brain are convinced that they need whatever you are addicted to in order to properly function.

In the case of a drug or alcohol addiction, that can mean that an addict has to spend a significant amount of money on whatever substance they are addicted to in order to get their fix. Even if they don’t have the money, they still need to get their hands on their substance. This can lead to significant financial problems both for the addict and for their spouse.

It’s not just the money needed to purchase these substances of abuse that can lead to financial strains. Someone who is suffering from addiction might lose their job as a result of their addiction. They might also get into legal trouble related to theft, DUI, or possession, which can lead to significant legal bills. All of this can put a significant strain on any relationship, especially if there are children involved.

What Are Some Signs That My Spouse Might Be Suffering From Addiction?

As we mentioned above, one of the go-to moves of an addict is to lie about their addiction. They might lie to themselves but they will also lie to those around them to try and cover up their addiction. This can make it tougher for their spouse to catch on to what is going on. While each couple is unique and no two people behave in the same ways, there are some telling signs that your spouse might be suffering from addiction. Some of those signs include:

Can Addiction Affect the Divorce Process?

If all attempts to repair a marriage have been exhausted, the spouse of the addict might feel that there are no options left other than to leave their addicted spouse and file for a divorce. When this happens, the lawyers (and, in some cases, the court) take over the proceedings. Depending on the situation of the couple filing for divorce, the addiction of one of the parties might play a significant role in how the divorce proceedings play out.

For example, if the couple has children, custody is typically awarded to the parent who is not suffering from addiction for the safety and well-being of the children. Depending on the severity of the addiction, the addicted parent might not even be granted visitation rights, or may be required to have supervision and/or drug testing before visitation is allowed. Additionally, a judge might consider the financial burden that the spouse faced as a result of their partner’s addiction and award them additional money in the divorce.

Is There Someone I Can Talk to About All of This?

Making a decision like getting a divorce is not easy and should not be taken lightly. While you might think that there are no other options out there, talking about it can sometimes help in your decision-making process.

While close friends and family are great people to talk to, they might be biased. That’s why some people prefer to talk to a neutral third-party professional. Luckily, many treatment centers not only provide services for the person suffering from addiction, but also for the spouses and family members of the addict.

Speaking to a professional therapist about all that you are going through is not only cathartic but can also be incredibly valuable when it comes to making a decision as serious and consequential as divorce.

Are You Contemplating Divorce Due to Addiction?

Neither drug addiction nor divorce is something that anyone should have to go through. Sometimes these issues are inevitable, but there is hope.

If you or someone you know is the spouse of an addict and could benefit from our services, contact us today. Drug addiction and divorce do not have to define you or your loved ones.