GHB, or Gamma-hydroxybutyrate, is an illegal drug with many street names, including G, Liquid Ecstasy, and Soap. Its addictive properties are similar to those of Rohypnol (roofies), another popular street drug that has been used to facilitate sexual assaults.

GHB, or Gamma-hydroxybutyrate, is an illegal drug with many street names, including G, Liquid Ecstasy, and Soap. Its addictive properties are similar to those of Rohypnol (roofies), another popular street drug that has been used to facilitate sexual assaults. 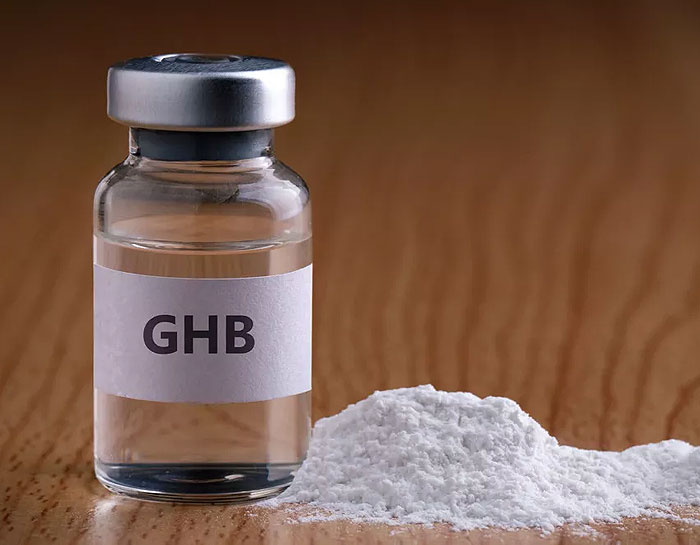 GHB is an illegal substance that belongs to a class of drugs known as club drugs. It is usually found in powder or liquid form, and it goes by many names, including G, Gina, and Liquid X.

GHB is often found in combination with other drugs like alcohol and cocaine at parties and clubs. While it was originally used as an anesthetic for surgery patients, doctors now realize how addictive it can be.

Today there are no legal uses for GHB in any country in the world due to its dangerous side effects and addictive properties. All forms of GHB are also strictly controlled under Schedule I of U.S. law as illegal substances.

Many people think they are safe when taking GHB because they believe it’s a naturally occurring hormone in their body, but these people don’t realize that natural sources of GHB only contain small amounts of it.

In fact, ingesting large amounts of GHB through supplements has been linked to some very serious side effects and even death. Effects: The most common way people take GHB is by mixing it into their drink without realizing what they’re doing.

Some users report feeling relaxed after taking small doses, while others say they feel euphoric and awake—even when using very high doses. Because all drugs affect everyone differently, however, there is no way to know exactly what you will experience when you take GHB until you try it yourself.

Currently, Gamma-hydroxybutyrate (GHB) is believed to be one of America’s most underreported drugs.

While exact figures on GHB abuse are difficult to obtain, it is clear that there are many people who have developed a dependency on GHB; some of them seek out treatment while others do not.

Understanding GHB and its side effects can help people be more aware of its presence in society, and also know how to seek help if they believe they may have an issue with it.

Side Effects and Risks of GHB

GHB is often taken in combination with other drugs. The combination of GHB and alcohol can be particularly dangerous because of both slow breathing and heart rate, which means that sedation from either of these drugs, can increase to a life-threatening level when they’re used together.

Mixing benzos and GHB puts people at risk for slowed breathing, which can quickly become dangerous if not caught right away; one study found that combining benzos and GHB was four times more likely to result in death than using either drug alone.

How Does GHB Affect Physical and Mental Health?

Over time, GHB can have a significant impact on mental and physical health. Since individuals addicted to GHB may take it daily or even multiple times per day, there is constant physical stress on their central nervous system.

Chronic use of GHB can also lead to seizures and comas. Some research has linked GHB to an increased risk of stroke and heart attack, as well as slowed breathing rates, irregular heartbeat, and low blood pressure.

Studies have shown that when mixed with alcohol or other drugs, short-term effects such as nausea/vomiting are more likely while long-term damage like liver disease may be more likely than if it was taken alone.

Signs and Symptoms of GHB Addiction

GHB is commonly known as a party drug, and many people take it for its stimulating effects. Still, some don’t realize that it can also be addictive – especially if you take it frequently or in high doses. GHB is fast acting, especially when used intravenously, which leads to quicker highs and lows.

If you use too much GHB over time, you could develop an addiction as your body becomes conditioned to receive more of the substance each time you use it.

This will only make your cravings worse over time and cause higher amounts of GHB to be needed to achieve similar effects.

Some of the signs and symptoms of GHB addiction include:

Rehab for GHB Addiction: Finding the Best Treatment Program for You

GHB addiction can be managed. If you or someone you know has developed an addiction to GHB, it’s important to find a rehab facility as quickly as possible.

Though there aren’t many residential programs in existence—and even less specialized ones—there are still options available. For example, North Jersey Recovery Center offers several evidence-based programs that could help someone beat their GHB addiction and stay sober for life.

Before beginning any sort of rehabilitation program, it’s best to fully understand all of your treatment options and decide what will work best for you.

After detoxing from GHB, North Jersey Recovery offers inpatient rehabilitation. Many of our patients have said they wanted to remain in treatment longer but needed to get back to work or take care of their family members.

So, we decided it was important for us to offer partial hospitalization and intensive outpatient programs for those individuals who didn’t need or want inpatient treatment.

We also teach you coping skills that can be applied after you’re back home and out of treatment – so you won’t relapse once you leave rehab.
Contact us today to learn more about our GHB treatment program today.