Dimethyltryptamine (DMT) is an illegal and highly addictive drug that some people don’t even know they’re taking in their day-to-day lives.

Dimethyltryptamine (DMT) is an illegal and highly addictive drug that some people don’t even know they’re taking in their day-to-day lives. 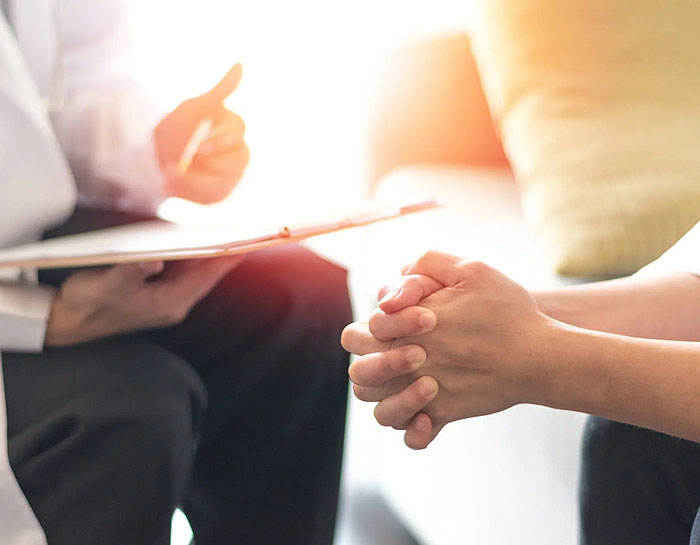 It has psychedelic effects, and it may also be classified as an empathogen or something that enhances one’s ability to sense the emotions of others.

Despite its low prevalence in the recreational drug world, it has the potential to be highly addictive and life-threatening—and because of its unique psychological effects, it can be difficult to recognize and manage your addiction early on.

Keep reading to learn more about Dimethyltryptamine (DMT), including common signs of use and abuse, how to recognize addiction, and where to find help if you or someone you love are struggling with this drug.

Dimethyltryptamine is a naturally occurring hallucinogen that has been used in spiritual ceremonies by South American cultures for thousands of years.

DMT can be found in plants, like Mimosa Hostilis, as well as in animals and humans. The drug is usually ingested orally, smoked, or snorted. It also occurs in trace amounts within the human spinal fluid.

In small doses, it can induce visual hallucinations that are dream-like and more sedating than other hallucinogenic substances like LSD or magic mushrooms. With larger doses, it can cause complete ego loss and users often report seeing bright lights or extreme spiritual events during their high.

At low levels, DMT causes euphoria, slight visuals, and an increase in energy. At higher levels, users may experience what’s known as ego death or ego dissolution where they feel completely outside of themselves and no longer identify with their body. This feeling can last anywhere from 15 minutes to several hours depending on how much they take.

While under its influence, users may experience out-of-body experiences where they feel like they’re floating above themselves watching everything happen below them.

They may see spirits while on it or have intense religious visions which some people interpret as coming from God while others say demons were responsible for these experiences.

Short-Term and Long-Term Effects of DMT

DMT is a powerful hallucinogenic drug that can cause users to experience visual and auditory hallucinations, feelings of elation, euphoria, and possibly out-of-body experiences. DMT addiction can occur when someone becomes addicted to Dimethyltryptamine.

Over time, many people who become dependent on DMT develop a tolerance for it so they have to take higher doses to experience any effects from it.
If they try to stop taking it, they may experience withdrawal symptoms including depression, anxiety, agitation, and insomnia that make them want to start using it again.

Long-term use of DMT has been shown to cause memory problems in animals. There are also concerns that long-term use could lead to psychosis in humans but more research needs to be done on humans before we know whether or not there is actually a link between psychosis and long-term use.

It’s also possible that chronic use could affect your ability to drive safely or work at your job if you are doing dangerous tasks like working with machinery or driving a vehicle. Finally, some studies suggest that long-term use could damage your immune system making you more susceptible to infections or diseases like cancer.

What Are the Dangers of DMT Abuse?

While DMT has been legally classified as a Schedule I drug since 1971, many people still find ways to get their hands on it.

When you abuse DMT you put yourself at risk of becoming addicted to its effects. The National Institute on Drug Abuse states that when abused, hallucinogens produce tolerance quickly, which means users need larger doses to achieve similar results over time.

Some studies have shown that users experience withdrawal symptoms when they try to quit using drugs like DMT.

Other signs of addiction may include needing more money than usual due to increased drug use and finding other things you enjoy less because you’re focused on getting high instead.

How Addictive is DMT?

DMT is not a physically addictive substance; however, since it induces hallucinogenic effects and psychedelic experiences, some people find themselves developing an addiction to its use.

Part of why DMT is so addictive has to do with its mind-altering effects. It also makes users feel euphoric and relaxed while high on it.
Some people can become addicted because they use it regularly in order to escape their problems or deal with anxiety issues.
While not physically addictive like drugs such as nicotine, cocaine or alcohol are, DMT does become a habit when used regularly over time due to these mind-altering properties.

In addition, regular usage can make users crave more of it and lead them down a path toward abuse which can be incredibly dangerous if left untreated.

The prevalence of DMT abuse is low, but it may be on the rise. According to a study done by drugabuse.gov, more than 1% of Americans aged 12 years and above use DMT. This represents approximately 1 percent of all people who use illicit drugs.

An interesting aspect of Dimethyltryptamine abuse is that there is a significant gender gap between men and women – with more men using than women using DMT for non-medical reasons.

It’s unclear why so many more men use DMT compared to women; however, experts believe it may have something to do with how easy it is for males and females to access DMT via illegal means.

In other words, because Dimethyltryptamine is often sold as a powder or plant material rather than as a pill or liquid, there’s less stigma associated with buying and selling powders versus pills or liquids. As such, many dealers will sell powders without asking questions about what they are being used for.

Because of these factors combined with cultural expectations regarding gender roles in society today, experts believe that males are more likely than females to buy and sell powdered forms of DMT without feeling any sort of shame from doing so.

First and foremost, if you’re addicted to DMT, you should know that you are not alone. Dimethyltryptamine addiction is a real condition and many people suffer from it every single day. That being said, getting clean doesn’t have to be complicated or time-consuming.

While each recovery program will vary depending on your needs and situation, detoxing from DMT can take as little as two days if done properly.

To get started with detox for DMT addiction, contact North Jersey Recovery Center’s treatment advisors today to learn about available detox services. From there, we’ll help you find an effective rehabilitation treatment plan so that you can finally kick your habit once and for all.

If you or a loved one is struggling with addiction, call North Jersey Recovery Center today. Our caring and trained addiction specialists can provide you with the best treatment options to fit your specific needs.

We have helped hundreds of individuals just like you find recovery and get their lives back on track. Don’t wait any longer, please call now.