Mescaline, also known as peyote, is a psychoactive drug that comes from the mind-altering cactus plant Lophophora williamsii (aka peyote).

Mescaline, also known as peyote, is a psychoactive drug that comes from the mind-altering cactus plant Lophophora williamsii (aka peyote). 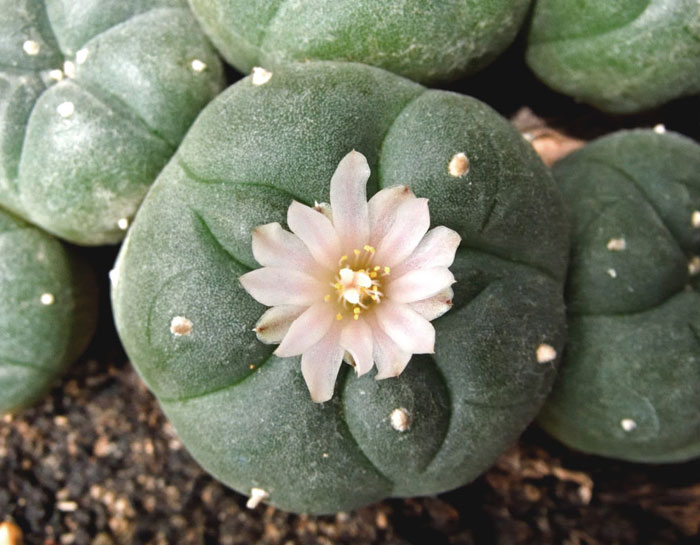 While this drug may seem harmless at first, it can quickly lead to addiction and dangerous side effects. Mescaline has been used as an entheogen (a substance to achieve God-consciousness) by Native Americans in the Southwestern United States and Mexico, as well as other indigenous peoples of North and South America, since prehistoric times. In modern times, peyote has been used as an entheogen in most of the world.

You may want to know the facts about Mescaline (Peyote) abuse if you’ve noticed your friend or loved one displaying worrisome behavior after using the drug.

What is Mescaline (Peyote)?

Mescaline is a hallucinogen that can cause powerful hallucinations. It is most often found in cactus plants, though it can be extracted from other sources as well.

The cactus plants are cut open and the mescaline-rich flesh inside is scraped off and eaten or dried into a powder to be consumed later. Other mescaline sources include morning glory seeds, peyote buttons, lettuce opium, and ololiuhqui.

Mescaline is a Schedule 1 drug in the United States which means that it has no recognized medical use and a high potential for abuse. It’s illegal to manufacture, distribute, possess with intent to distribute, or import mescaline without DEA permission.

What Are the Signs and Symptoms of Mescaline (Peyote) Use?

Mescaline is a psychedelic drug that belongs to the phenethylamine family. It can be found in a small number of plants and animals, but it’s most common in the peyote cactus.

This plant has long been used by native tribes as part of their religious practices. However, this drug can have some very dangerous effects on the body, which is why it’s not recommended for people to take recreationally.

Mescaline creates feelings of euphoria and pleasure that are similar to those created by other stimulants like amphetamines or cocaine. It also has an effect on memory and perception, leading people who use it to feel more alert and awake than usual.

It’s also reported to cause hallucinations. These hallucinogenic properties mean that mescaline abuse can lead people into having thoughts about self-harm, suicide, or violence against others.

When mescaline wears off, users will often experience depression and anxiety – meaning they’ll start seeking out more of the drug so they don’t go through withdrawal symptoms.

Some signs you may notice if someone you know is abusing mescaline include:

Mescaline addiction can be treated with behavioral therapy combined with medication to help break any physical dependence on the drug. If you’re struggling with an addiction to mescaline and want treatment options, get professional help immediately.

Mescaline addiction is not always easy to identify because it often starts as an occasional recreational activity rather than drug dependence. In some cases, people may use mescaline in order to get high or as part of a religious ritual.

Other people may start taking it with friends for fun or at parties but end up addicted to the substance after repeated use. Mescaline abuse can lead to tolerance, which means that the user will need increasingly larger doses in order to achieve the desired effect over time.
Tolerance can also make it difficult for the person addicted to mescaline to stop using once they have started. Addicts will likely experience withdrawal symptoms if they try to quit using without tapering down their dosage first.

These symptoms are typically similar to those experienced by someone who has quit smoking tobacco products such as anxiety, nausea, diarrhea, fever, and depression.

Withdrawal from mescaline can take anywhere from several days to weeks. Treatment for addiction typically includes detoxification followed by rehabilitation therapy in order to address any underlying mental health issues or other co-occurring disorders that might be present.
It is important that you do not go through detoxification on your own because you might relapse into drug use if you do not receive professional help afterward.

Treatment Options for Dealing with a Mescaline (Peyote) Addiction

Mescaline addiction is difficult to overcome and requires the assistance of professionals who know how to address it. Rehab centers that specialize in addiction to mescaline exist, but their success rates vary greatly.

Some people find that they need to be admitted into an intensive inpatient treatment program for a certain number of months before they can recover from their dependency on mescaline. Other people are able to achieve sobriety by going through outpatient rehab or attending a sober living facility until they’re no longer experiencing cravings for mescaline.

You should also know that there is no time limit on how long it will take you to recover from a mescaline addiction. It could be months or years before you feel like your old self again, but recovery is possible as long as you don’t give up on yourself.

At North Jersey Recovery Center, we offer comprehensive and specialized care for anyone suffering from a Mescaline addiction.

Our program helps patients get better by addressing all aspects of the problem such as dual diagnosis concerns and underlying issues causing the abuse in the first place. We also provide ongoing aftercare services to make sure that you stay on track with your recovery.

If you want to talk with someone right now about your mescaline addiction, contact North Jersey Recovery Center today.