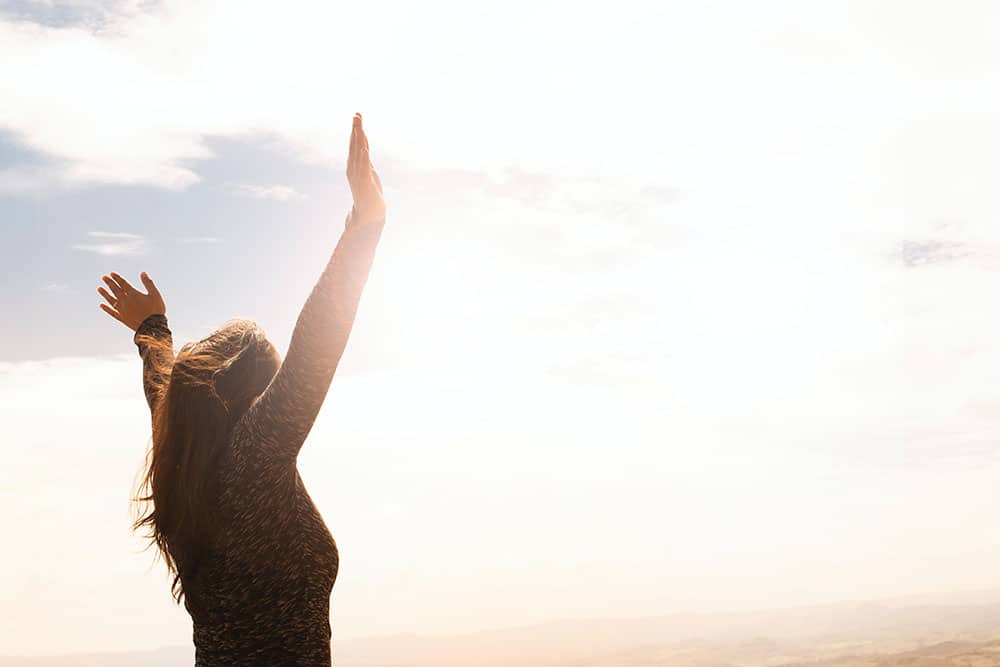 People recovering from addiction often name spirituality as a helpful influence. However, not much is known about whether or how spirituality could be included in formal treatment and doing it in a way that is sensitive to differences among individuals. Despite the lack of research in this area, spirituality has been shown to be an important and independent predictor of recovery and improvement in signs of treatment outcome.

The theory of spirituality has been around for a long time and has had a variety of definitions and has played a part in the lives of many people. In ancient Greece, it was seen as therapy. It was a place where people went when they were in pain and distress to find soothing relief.

Still, other people have described it as a basic human drive for exceptional meaning and purpose that involves feeling connected to oneself, others, and an ultimate reality or way to be. One common definition for spirituality is that it is our breath, our life or essence, who we are.

Although there is a lack of agreement about the definition of spirituality, and it’s hard to measure, spirituality is generally said to be about our belief in a power or force greater than what we have as individuals. It is something that connects us all in some cosmic and universal way.

The Role of Spirituality in Treating Substance Use Disorders

There is more to addiction than chemical dependence. It’s the chemical dependence that keeps the brain and body addicted to drugs or alcohol. However, if that’s all there was to addiction, there would be no such thing as relapse. A person with a substance use disorder (SUD) could detox and that would be the end of it. But we know that is not the case.

For a number of reasons, people go back to substance use after days or even years of sobriety. There are many theories about addiction treatment, but many people believe a spiritual element is necessary for recovery. Without spirituality, people are more likely to lose hope for the future, give up, and relapse back to drug and alcohol addiction.

A detox can flush your body of all toxins. Counseling can help you recover emotionally. But there is more to a person than their body and mind. There is also the spirit that needs treatment. Individuals who suffer from addiction also need healing on the inside.

About Spirituality and Addiction Recovery

Individuals in early recovery will often see the word “spirituality”. In recovery, spirituality refers to getting in touch with the part of human existence that is outside yourself. You could consider it an exploration of your relationship with the grand universe and reaching out to something bigger than yourself. It involves asking unanswerable questions or delving into a new part of your brain and soul.

Studies on spirituality often try to describe the difference between spirituality and religion. Religion is described as an organized set of beliefs, practices, and rituals that usually follow some type of belief system through which a relationship with God is nurtured.

However, spirituality is thought to be more like a search for something beyond the self to connect to. It is experienced as being of basic and ultimate importance. Therefore, it is concerned with the meaning and purpose of life, truth, and values.

According to research conducted by the New Hope Recovery Center, spirituality gives perspective, meaning, and purpose to life. It restores what addiction takes away. Regardless of the definition, studies show that spirituality generally involves people trying to make sense of situations in their life to give them meaning and purpose.

Although drugs and alcohol can have positive religious significance (such as wine in the Christian Eucharist or the Hindu practice of Ayurvedic medicine and peyote in some indigenous American rituals), substance use is less common among people who describe themselves as highly religious or spiritual. Studies also indicate that alcohol use and abuse are less accepted among people who identify as Jewish, Muslim, or conservative Protestant, compared to those who are Catholic or liberal Protestant.

The science-based approach to addiction treatment replaced the idea of addiction being a spiritual sickness and shifted to a medical disease model. But although the spirituality and scientific ways of thinking were seen as opposing beliefs in recovery, it was found that combining both approaches provides the best understanding of recovery from addiction.

Due to become such an important part of recovery from substance use disorders (SUDs) and has become so commonplace in self-help programs. Disconnection, isolation, and shame are frequently at the core of addiction or SUDs. This leaves individuals alone and broken in spirit. Native Americans regarded addiction as a crisis of the spirit. Psychiatrist Victor Frankl wrote about addiction being about feelings of meaninglessness, denial, and the attempt to escape ourselves.

Spirituality and Psychiatry in Addiction Treatment

Consideration and accommodation of religious and spiritual practices in the recovery process are effective, and preferred, by many patients. Psychiatrists don’t need to and should not give overtly spiritual treatments to recover from substance abuse disorders. Religion and spirituality are complicated issues that are mainly outside of the expertise of psychiatry. It would be simple to consider spirituality and religion as being a benefit for all patients recovering from substance abuse. Instead of that, psychiatrists should be able to:

The Holistic Approach to Recovery

The early detox centers were mainly about ridding the body of toxins from drugs or alcohol then sending the newly detoxed patient out into the world. After that, psychological healing was practiced with several types of counseling, such as cognitive-behavioral therapy and other therapies. More recently, treatment centers have begun implementing a holistic pathway to recovery. This approach links the physical, emotional, and spiritual sides of the recovering addict.

A holistic approach believes that all parts of the person are connected. Something that affects one part also affects the others. For instance, if you don’t exercise, it may decrease your mood and slow your spiritual progress. Likewise, having coffee with a friend can lift your emotions and make you more motivated to exercise or meditate.

5 Ways to Boost Spirituality in Recovery

If you are suffering from a substance use disorder, or someone close to you is, there is a place that embraces a holistic approach to recovery. Maybe you need to go back to treatment following a relapse. At North Jersey Recovery we understand the difficulty of making the step to get treatment. And we understand the real prospect of relapse. Our licensed medical professionals can help you understand your past while working toward your future. Contact us now. Take advantage of this opportunity to get on the path to a fulfilling life.