North Jersey Recovery Center » Addiction Resources: Substance Abuse in New Jersey and FAQs » What Are the Most Common Phobias?

“Go ahead, what are you afraid of?” Have you ever been told that? Is there something you really are afraid of? Maybe you have a phobia or maybe it’s just normal fear, which is sensible in certain situations. We all have things we fear, but for most people, these fears don’t impact our daily lives. If they do, it might be time for some behavior therapy.

This phobia tends to affect more women than men. Almost nobody wants a tarantula crawling on them but for some people, the sight of a tiny spider can clear a room until it is squashed. One of the most common explanations for this phobia is that creatures like spiders were a serious threat to our ancestors who didn’t know how to treat injuries from animals and insects. The theory says that, as a result, fear of these creatures is part of our evolution.

Social phobias are the most common type of fear. These phobias are considered to be types of anxiety disorders. They include extreme self-consciousness in social situations. People with this phobia fear being judged so much they avoid specific situations, such as eating in front of others.

Public speaking is one of the most common fears that affect people who have social phobias. People with this phobia have a fear of being watched or being humiliated in front of others. In many cases, these phobias can become so severe that sufferers may avoid events, places, and people who might trigger an anxiety attack.

Agoraphobia is typically thought to be a fear of open spaces but it is actually more complex than that. It is a serious anxiety disorder that can keep people trapped inside their homes, which makes a normal life nearly impossible. It also involves a fear of being alone in a situation where escaping might be difficult. Also, it may include fear of crowded places, open spaces, or situations that might trigger a panic attack. Some people just avoid specific locations. 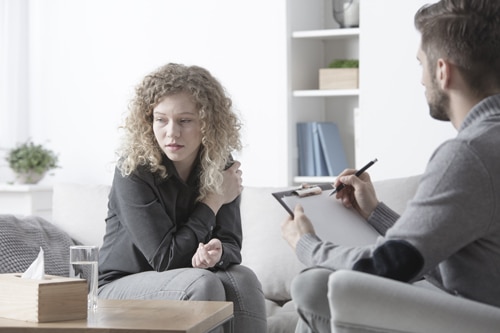 About one-third of people with panic disorder will develop agoraphobia. It typically develops between late adolescence and mid-30s. Two-thirds of agoraphobia sufferers are women. Often, it begins as a panic attack which then leads to anxiety over the potential for another panic attack happening.

Some people are so afraid of heights that the escalators in the local mall can give them vertigo. Vertigo is not a phobia itself, it is the sense of dizziness that can be developed. Still, for others, a tall building or cliff-top lookout makes them fearful. This phobia affects more than 6% of people, who will go to great lengths to avoid bridges, towers, or tall buildings.

Due to the extensive coverage when there is an air disaster, many people fear being in a plane crash and have a fear of flying. In fact, about 1 out of every 3 people have some level of fear of flying. This can cause people to completely avoid flying. However, with more than 100,000 commercial flights every day, the chances of being in a plane crash are lower than being struck by lightning.

Sometimes the fear of flying is linked more to claustrophobia than a fear of flying. Individuals with this fear say they feel like the walls are closing in on them. There have been theories that there is a genetic link to certain phobias as a type of latent survival mechanism.

Insects are small, they crawl and sneak around, and sometimes they bite. It can be understandable why a lot of people don’t like insects. But for some, a tiny insect can be extremely terrifying.

Indiana Jones was afraid of snakes; he even said so. The truth of the matter is that many people are afraid of snakes. A fear of all things long and venomous is common for many people. Some people believe that this fear is also due to evolutionary causes, personal experiences, or cultural influences.

The fear of dogs is a common phobia, especially among children. The fear can be worsened by a negative experience with a dog. This can have a serious impact on a person’s life. Some people with cynophobia might be unable to walk down a certain street because they know there is a dog in the area. It can be one of the most difficult fears to overcome since canines can sense fear in people and may react excitedly or even aggressively.

The roaring and crackling sound of thunder and lightning can send many people’s hearts racing so the fear of storms is common. People with this phobia experience extreme feelings of fear that include shaking, rapid heart rate, and increased breathing.

They may also develop a preoccupation with the weather, tracking local and national reports so they will know when a storm might take place. In some cases, this develops into agoraphobia in which the individual is so afraid of confronting a storm that they are unable to leave their homes.

Having a sharp piece of metal stuck in your arm is obviously an unpleasant thought. So, many people have a strong fear of needles. However, needles can be worth the pain when used for vaccinations, to deliver needed blood, or helping to examine for a potential illness. But, because the symptoms of fear can be so distressing, people with this phobia sometimes avoid doctors, dentists, and other medical professionals. Estimates are that as many as 20-30% of adults have this fear.

Mysophobia: Fear of Germs and Dirt

No one wants a dirty home, but an all-consuming fear of dirt may take all your time and energy. The excessive fear of germs and dirt can drive people to extreme cleaning, compulsive hand-washing, and eventually, avoidance of any place there may be dirt. This phobia can lead people to completely avoid contact with other people out of fear of contamination. Occasionally, this may be related to obsessive-compulsive disorder.

How Many People Have Phobias?

If you have one of the previous phobias, you can be sure that you are not alone. Phobias are the most common psychiatric illness among women, says the American Psychiatric Association. It is the second most common in men.

The National Institute of Mental Health (NIMH)  has suggested that about 10% of U.S. adults are affected by phobias each year. Phobias typically appear during childhood or adolescence and go on into adulthood. They also affect about twice as many women as men.

How Are Phobias Treated?

The best treatment for particular phobias is a type of psychotherapy called exposure therapy. Your doctor may also recommend other therapies or medication. Understanding the cause of the phobia is actually less important than treating the avoidance behavior that has grown over time.

The goal of treatment is to improve your quality of life, so you don’t continue to be limited by your phobias. As you learn how to manage and relate to your reactions, thoughts, and feelings, your fear and anxiety are reduced. This means that your phobia is not in control of your life anymore—you are. Treatment is usually aimed at one phobia at a time. Cognitive behavioral therapy and exposure therapy are the most effective treatments.

Exposure therapy is meant to change your response to the situation or object that you fear. Gradual, repeated exposure to the source of your phobia and the attached thoughts, feelings, and sensations help you learn to manage your anxiety.

CBT includes exposure with other methods to learn new ways to see and cope with the feared object or situation differently. You learn different beliefs about your fears and sensations and the effects they are having on your life. In cognitive behavioral therapy, you learn to develop a sense of control and confidence with your thoughts and feelings instead of feeling overwhelmed by them. 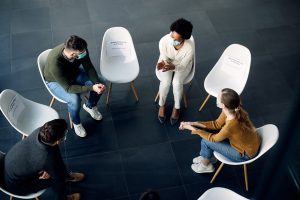 Psychotherapy using exposure therapy is generally successful in treating specific phobias. But still, medications can help reduce the anxiety and panic symptoms that are felt when thinking about or being exposed to the thing you fear.

Medications might be used during the initial treatment period or for short-term use in certain, seldom encountered situations. This would include flying, public speaking, or going through an MRI procedure.

Phobias and Substance Use Disorders (SUDs)

Since phobias are a type of anxiety disorder, they significantly increase a person’s risk of abusing substances. To the frightened sufferer of a phobia, drugs or alcohol seem like a quick way to mute the symptoms of a phobia. On the other hand, medications such as benzodiazepines may be prescribed by a doctor to treat the anxiety. This is also a slippery slope to addiction if not monitored closely.

Unfortunately, self-medicating like this can lead to dependence. Eventually, you have an addiction and a substance use disorder. When an individual has an addiction and a co-occurring mental condition, it is called a dual diagnosis. It is important to have both conditions treated simultaneously.

Many people who regularly abuse drugs or alcohol are also diagnosed with mental disorders and vice versa. The high predominance of this has been documented since the 1980s. Data show that people diagnosed with anxiety and mood disorders are about twice as likely to have a co-occurring drug use disorder.

Phobias are one of the most common psychiatric disorders. Fortunately, safe and effective treatments are available. But if you have tried to deal with this on your own by using drugs or alcohol to counteract the debilitating fear, you will need more intense care.

Depending on the substance you abused and how long you’ve used it, you may need a detox program before you begin therapy. The appropriate treatment depends on the symptoms and severity of your phobia and your addiction.

Where can you go for this kind of one-on-one treatment? North Jersey Recovery Center can develop a treatment plan specifically for you. Our levels of care range from detox and residential care to sober living aftercare. You will never be left to fend for yourself. Our professionals are waiting to hear from you, whether it’s for you or someone you love. End the struggle and contact us now.