North Jersey Recovery Center » Addiction Resources: Substance Abuse in New Jersey and FAQs » What Are The Most Common Addictions in America? 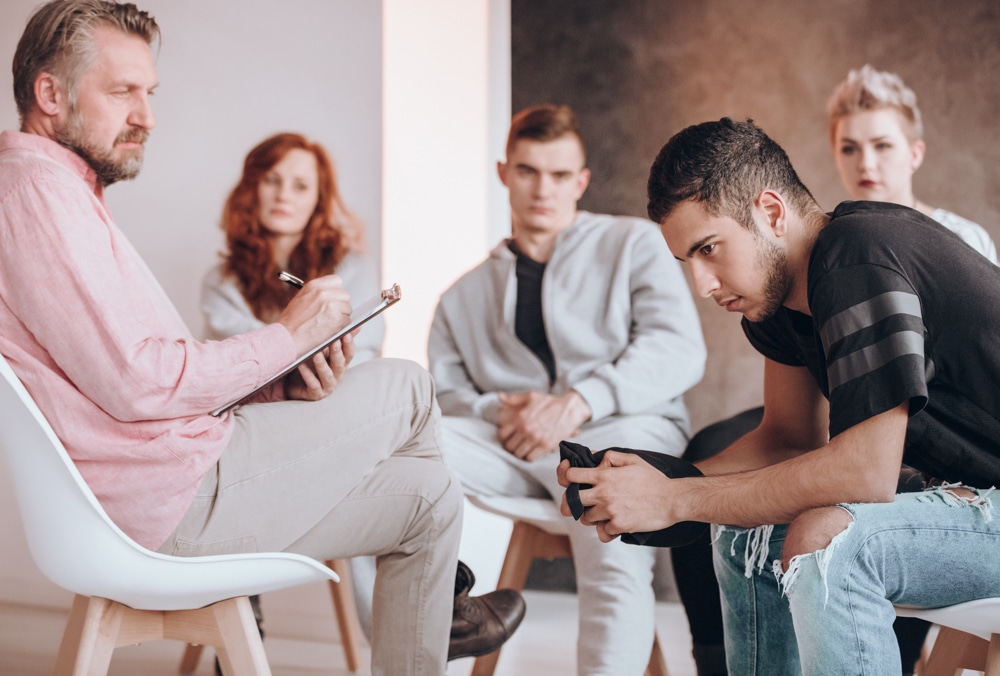 Statistics show that the use of illicit drugs by U.S. citizens may seem surprising. They show cause for concern as well. The Centers for Disease Control (CDC) considers more than 30 substances as illicit drugs. Some data from 2018 has shown that 11.7 percent of the American population chose to use them. One survey tracked people ages 12 and up, and the CDC recorded the activities that people reported to the researchers.

These numbers are surprising and extremely problematic. We’ll be taking a look at some of the most common addictions in the United States and their symptoms. If you or a loved one is struggling with an addiction, North Jersey Recovery Center may be able to help.

Age affects the trend of use for three different drug types. The highest use of any illicit drug among teenagers showed 14.8 percent among 16 and 17 year-olds. Usage by young adults aged 18-25 increased to 23.9 percent; it decreased by five percentage points in the 26-34 age group. Adults aged 35 and older had a much lower use at 8.1 percent.

The use of marijuana followed a similar path of usage as illicit drugs. The teenagers scored 13.5 percent, young adults 22.1 percent, and the slightly older age group had a 16.7 rate of use. Again, the use by adults over 35 dropped to 6.7 percent.

The pattern for misuse of prescription therapeutic drugs showed much less participation, but it happened in similar numbers.

Choosing the Most Popular Drug: Marijuana

After alcohol and tobacco, marijuana ranks as one of the most commonly abused drugs in the United States. Research has not found how much effect the high concentrations of THC in marijuana have on the body and brain. THC may have more of an impact on developing brains than on mature ones.

While the facts about its qualities remain unclear, researchers know that the brain adapts to it. About 22.2 million people use it each month, and 1 in 10 risks becoming addicted. The functions of the brain that it affects the most include memory and learning.

Along with those main functions, it also makes decisions harder. People have trouble with paying attention, coordination, and reaction time. It produces confusion in emotions and seems to pose most problems among teens and younger children. The chance of addiction increases to 1 in 6 for anyone who starts using it before age 18. It continues to be the most popular drug in the U.S.

The use of alcohol to relax and spend time socializing with friends makes it seem acceptable and even encouraged. When alcohol is so easy to come by, it makes one of the most commonly abused drugs easy to get.

With the national acceptance of its use, its power to intoxicate sometimes gets overlooked. While there are guidelines for how much someone should drink, the amount varies based on a number of different factors. The facts that remain clear show that alcohol affects the body in many ways.

The effects of using codeine do not wait to show up. The addictive stimulant that some people snort, rub into the gums, or inject has huge effects on the brain. In the short term, it may produce energy, mental alertness, or sharp awareness of the senses.

However, cocaine can make people irritable and paranoid. More of its negative impact include nausea, tremors, twitches, irregular heartbeat, raised blood pressure, and restlessness. It makes the nerve cells unable to communicate, making users want more and stronger doses to get the same effect.

For a high that happens fast and lasts only a few minutes, users take huge risks to health. However, the lasting effects produce damage over the long term.

Some users say that it helps them do things more quickly, while others say the opposite. As one of the most common addictions, cocaine can make people behave violently, strangely, and unpredictably.

Most often, prescription opioid addiction stems from a doctor’s prescription. As relief from pain, it blocks feelings from receptors in the brain. When the process releases a large amount of dopamine, it makes users want to take more of it.

When patients continue to take the drug, it makes it one of the most common addictions. A big issue arises when people become addicted without noticing it. While the pain goes away, and people feel more relaxed, other effects on the brain take place. Some symptoms that users may have include drowsiness and confusion. Some may have nausea or constipation, while others feel euphoric.

Hypoxia can occur from slowed breathing. An extremely serious condition, it does not allow the body to get enough oxygen. The damage persists through the short-term and the long-term, and it may become permanent. With its impact on the body, it can cause coma or even death. Research shows an increasing number of deaths from overdoses.

Older adults may misuse prescription opioids because of the multiple health challenges that many face. Access to many prescriptions increases the risk of drug to drug or drug to disease conflicts. Further, age tends to slow the release of drugs into the body.

However, other users who share injection equipment run the risk of getting HIV or other infectious diseases. An impaired judgment that results from taking drugs can produce adverse outcomes.

Opioids have the power to become highly addictive. Heroin, while never prescribed as a medicine in the United States, stands as one of the world’s more dangerous opioids.

While some stimulants treat ADHD, they can increase alertness, energy, and attention span. As they enhance the dopamine level in the brain, they affect how people feel pleasure and rewards. Another chemical in the brain, norepinephrine, makes the heart rate and blood pressure increase. Stimulants can make breathing clearer and increase the levels of blood sugar. However, high doses can increase the body temperature to dangerous levels and make the heartbeat uneven. In some cases, seizures or even heart failure can occur.

Signs of an overdose include rapid breathing, overactive reflexes, and confusion. People may hallucinate and have a high fever, weakness, and muscle pain. Heart problems can range from an irregular beat to an attack. Problems in the nervous system may lead to seizures. Some people have stomach issues that can include diarrhea and abdominal cramps, nausea, and vomiting.

According to the National Institute on Drug Abuse, more than 70,000 Americans died from drug overdose in 2019. The data includes illicit drugs and prescription opioids. Not only that, but 32,000 more deaths occurred in 2019 than in any previous year. Deaths occurred among men more often than women every year. However, the difference between the sexes increased from 2016-2019.

Getting Help in Finding Your Way

Our staff understands the anguish that you feel mentally, physically, and spiritually in coping with addiction. We can meet your needs wherever and whenever they occur. Our addiction specialists know how to help you heal. We honor a commitment to you and every client to show you the path to lifetime sobriety. A goal that may seem impossible to you can come within your grasp when you work with us.

Our team of addiction professionals has worked with many people who face the same challenges that confront you now. We have every resource that you need to achieve your goal of long-term sobriety. You can benefit from the expertise of our medical team and health care professionals who monitor your health. Our licensed mental health counselors and recovery coaches can help navigate a course to a life of stability and peace. Contact us today to get a fresh start on your life.