Marijuana, also commonly known as weed or pot, is a psychoactive drug that comes from the cannabis Sativa plant. While it has become legalized in many states in the country, it is still considered an illegal drug by the federal government, making it the most commonly used illegal drug in the United States. In fact, in 2017 alone, almost 26 million Americans used marijuana at least once, which accounts for roughly 9% of the entire population in the country at the time.

Due to its popularity and marijuana’s questionable standing at state and federal levels, many people are interested in knowing “how long does marijuana stay in your system?” This is especially the case when it comes to drug tests and screenings. At North Jersey Recovery Center, we’d like to answer that question as well as talk about some of the factors that affect how long marijuana stays in the system.

How Long Does it Take for the Effects of Marijuana to Kick In? What Does It Do? 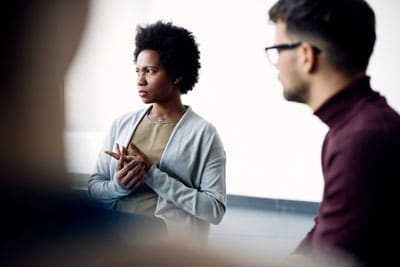 The majority of the people who use weed do so for the psychoactive high that they get from ingesting the substance. This “high” is the result of the THC or tetrahydrocannabinol that is found in weed. When a person uses marijuana, the THC makes its way to the brain and other organs, which can result in a feeling of euphoria.

There are multiple ways to ingest marijuana with the two main ways being by smoking the substance or eating it via an edible or even a pill. Smoking is the quickest way to achieve the desired effects. Those who smoke weed tend to feel its effects almost instantly and those feelings can last for anywhere from 1 to 3 hours.

When ingesting weed orally, it tends to take much longer to feel anything, sometimes taking anywhere from 30-90 minutes. Edibles also tend to last longer in the system, sometimes taking several hours before the sensations associated with the weed begin to disappear.

While high on marijuana, a person can expect to feel and experience any or all of the following effects:

How Long Does Marijuana Stay In Your System?

The window for how long weed can stay in the system can be anywhere from a few days to a few months. Even though the effects of weed tend to only last a few hours at most, the amount of time it takes for the chemical properties of marijuana to completely leave the system is significantly longer. When it comes to testing for weed, there are four main types of tests:

How Long Does Alcohol Stay in Urine?

For those who only use it one time or use it very infrequently, weed can be detected in your urine for an average of 3 days after last use. For those who smoke weed once a day, it can stay in the system for anywhere from 10 days to 2 weeks. If a person smokes weed multiple times a day, the drug can stay in the individual’s system for months after they stop using it.

When it comes to screening for drugs and alcohol, by far the easiest and most popular method is by testing someone’s urine. How frequently a person uses marijuana plays a major role in how long it can be detected in the urine.

How Long Does Alcohol Stay in Blood?

Weed is detectable in the bloodstream for a significantly shorter amount of time than in urine. In fact, weed is typically only detectible in your blood for a day or two after last use. However, depending on the frequency in which someone uses it, it can remain detectable in the bloodstream for upwards of 25 days after last use. Blood testing is typically only done at a medical facility or in a hospital setting.

How Long Does Alcohol Stay in Saliva?

For those who only occasionally use weed, it can be detectible in your saliva from anywhere from a day to three days. For those who use weed more frequently, it can be detected in the saliva for upwards of 30 days after last use. In areas of the country, saliva testing for weed has become more and more popular, especially in instances of roadside testing.

How Long Does Alcohol Stay in Hair?

What Are Some of the Factors In Determining How Long It Stays in the System For? 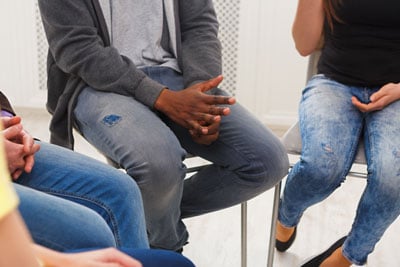 There are several factors that can come into play when trying to determine what end of the spectrum you might come in on.

Let’s take a look at some of the most common factors when it comes to determining how long weed stays in the system.

Just like no two people are alike, no two strains of weed are alike. Sure, they might have similar effects and might look or smell the same but their chemical makeup is different. This includes the amount of THC in each strain. Since marijuana drug tests test for THC, the amount of THC a person ingests plays a significant role in how long it will remain detectable in the system.

When you are not properly hydrated, it increases the concentration of THC in the body. While drinking a lot of water to flush out the system isn’t a full-proof plan by any measures, not drinking enough water will keep the THC in the system longer.

In order to test negative for weed, the body has to be completely rid of all traces of not just the THC, but also the metabolic chemicals that are associated with THC. As a result, those with faster metabolisms tend to be able to eliminate weed from their systems faster than those with a slower metabolism.

The components of marijuana are stored in a person’s body fat. Therefore, those with a higher amount of body fat might tend to keep weed in their systems longer than those with less body fat.

What Happens If I Develop a Dependence on Marijuana? 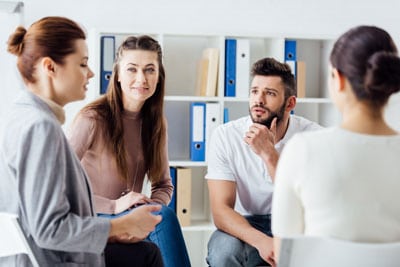 While marijuana doesn’t tend to have the same addictive components that many other drugs have, it can still be abused and people can still become dependent on it. In addition, many people find themselves incredibly dependant on marijuana, especially those that smoke frequently. If you are someone who finds themself abusing marijuana or growing dependent on it there are options out there to get the help that you need.

The first step in getting off of weed is to rid your body of any lingering THC that might still be in your system. This can be done by detoxing. During the detox process, you may experience a variety of symptoms, including:

These symptoms can begin to be felt within the first three days of stopping and can linger for as long as 2 weeks. Since there are no substances that can help with the withdrawal process from weed, undergoing detox under the care and supervision of licensed and trained medical professionals is the best, and safest way to do it.

This can be done at either a hospital, a dedicated detox facility, or a treatment center that also provides detox services such as North Jersey Recovery Center. Self-detoxing can be incredibly uncomfortable and can even lead to other health complications.

Overcoming substance misuse can be difficult. The journey to recovery comes with its challenges and obstacles. But the end result of freedom from addiction is worth every difficulty along the way. Here at North Jersey Recovery Center, we believe that our clients deserve to enjoy lives that are free from substance use disorders. So, our compassionate team strives to offer nothing less than the very best of care.

If you or someone you know is suffering from a marijuana dependency or addiction and could benefit from seeking treatment, we are here to help. Contact us today to learn more about our treatment options and how we can help you get on the road to recovery so you can live a happy, healthy, and sober life.