North Jersey Recovery Center » Addiction Resources: Substance Abuse in New Jersey and FAQs » How Do Drugs Affect the Heart? Understanding the Effects of Drugs and Alcohol on Heart Health 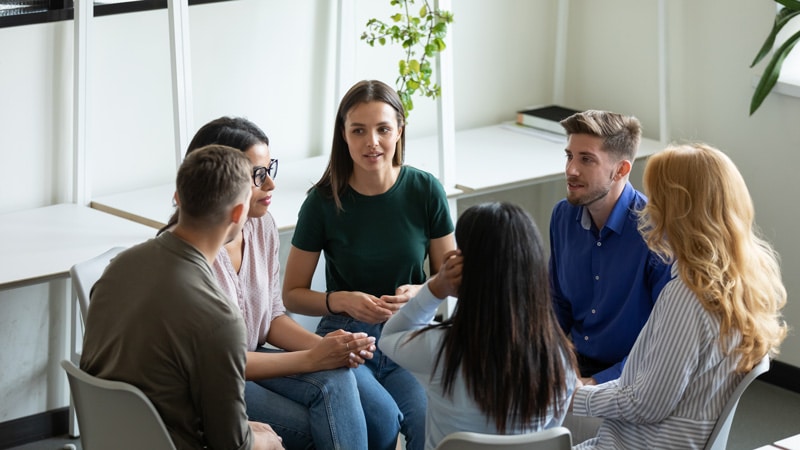 Most illegal drugs can have injurious effects on the body, including the cardiovascular system (relating to the heart and blood vessels). These can range from an abnormal heart rate to heart attacks. Injecting illicit drugs can also cause cardiovascular problems, such as:

Drugs That Can Affect the Cardiovascular System

So, how do drugs affect the heart? Keep reading to find out. 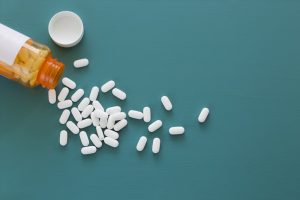 How Do Drugs Affect the Heart?

Different drugs affect the heart in different ways. Some drugs do lasting damage and some are reversible. Following are four of the most addictive drugs and their effects on the heart:

Heroin and the Heart

Heroin is a highly addictive drug. It is made from morphine, which comes from opium poppy plants. It is a depressant that acts on the brain’s pleasure systems and interferes with the brain’s ability to feel pain. Heroin is used in a variety of ways, such as:

Addiction to heroin and other opioids has a lot of risks. About 50,000 people die each year from overdoses involving opioids, but there are other health complications too. Heroin can put you at greater risk of:

Research shows that complications of the heart related to opioids can increase the risk of death. A study of people with cancer who took opioids discovered that they were more likely to die from a heart problem than people who took other medicines.

This is because when a person overdoses on opioids, their breathing and heart rate slow down. As a result, your brain isn’t getting enough oxygen even before your heart actually stops. This can also lead to brain damage. Opioid-related cardiac arrest is more common in younger people and more likely to happen when the person is alone with no one to help.

This inflammation of the heart lining is often the result of a bacterial infection that gets into the bloodstream through the use of dirty or shared needles. As more people become addicted to heroin and other opioids, hospitals are treating more patients with endocarditis from an infection. Signs of endocarditis include:

It doesn’t happen often, but quitting opioids suddenly can put your heart at risk. Takotsubo cardiomyopathy is a sudden and acute form of heart failure that can occur after you stop. It is called “broken heart syndrome” because it occurs mostly in women after severe physical or emotional stress.

How Cocaine Affects the Heart

Cocaine is known as the “perfect heart-attack drug.” The powder form of cocaine is typically either inhaled through the nose (snorted) where it is absorbed through the nasal tissues or dissolved in water and injected into the blood. The crystal form is cocaine that has been processed to make a rock crystal that is smoked.

Even recreational cocaine users can end up with higher blood pressure, hardened arteries, and thicker heart walls than non-users. All of these things can cause a heart attack.

A study presented at the American Heart Association’s Scientific Sessions in 2012 was the first to record these cardiovascular effects in apparently healthy regular cocaine users long after the initial effects of the drug had worn off. The researchers, who called cocaine the perfect heart-attack drug, showed how users had higher rates of several factors linked to higher risks of heart attack and stroke. They included:

At this time, cocaine is the illegal drug most often associated with visits to U.S. hospital emergency rooms. The use of cocaine has been linked to chest pain and heart attacks. In 2011, it was implicated in about 40.3 % of illicit drug-related emergency room visits. That’s compared to 36.4% for marijuana and about 20.6% for heroin.

Alcohol has complicated effects on cardiovascular (CV) health. The relationships between drinking and CV diseases have all been studied widely, including:

Even though many behavioral, genetic, and biological variants influence the connection between alcohol use and CV disease, the amount and pattern of consumption seem to have the greatest effect on this.

Statistics from numerous studies over the last 20 years have revealed complex connections between alcohol use and CV conditions. The studies found that:

What Is Alcoholic Cardiomyopathy?

Alcoholic cardiomyopathy is a type of heart disease caused by alcohol abuse. The heart muscle weakens and thins by long-term alcohol abuse. This affects its ability to pump blood. If your heart can’t pump blood efficiently, the lack of blood flow interferes with all the body’s major functions. As a result, heart failure and other life-threatening health problems may occur.

This condition is most common in men between the ages of 35 and 50 but it can also affect women. Individuals with alcoholic cardiomyopathy frequently have a history of heavy, long-term drinking for about five to 15 years. Alcohol consumption that exceeds the recommended daily limits is considered “heavy drinking.”

How Much Is Too Much?

Alcoholic cardiomyopathy doesn’t necessarily cause symptoms. Heart failure is often the first symptom. However, it may also include fatigue, shortness of breath, and swelling in the legs and feet. 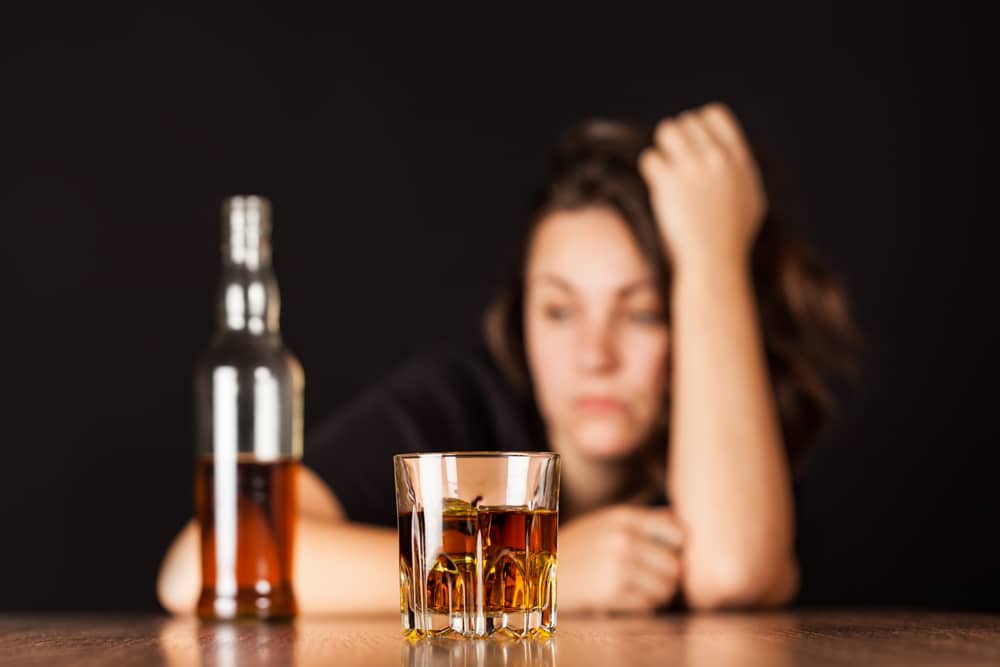 Meth Use and Heart Problems

When asking the question, “How do drugs affect the heart?,” meth often comes to mind. Methamphetamine is also known as crank, ice, crystal meth, speed, and glass. It is a highly addictive stimulant that users may snort, smoke, swallow, or inject. And despite being overshadowed by the opioid epidemic, the use of methamphetamine nationally and around the world has given rise to a crisis of its own. The result of this crisis is a noticeable increase in meth-related deaths from unique cardiovascular outcomes that researchers are attempting to figure out.

Methamphetamines can cause blood vessels to compress and spasm, dangerous blood pressure spikes, and the rewiring of the heart’s electrical system, along with other potentially fatal problems.

According to a report published by the American Heart Association, “Cardiovascular disease represents the second-leading cause of death among methamphetamine abusers following only accidental overdose.”

The report stated that meth users usually show evidence of CV disease at a greater intensity and at younger-than-typical ages. It also reviewed how meth use leads to a kind of blood pressure that affects the heart and arteries in the lungs and causes an abnormal heart rhythm, called arrhythmia, along with cardiomyopathy.

The popularity of the drug has been evidenced in emergency room visits. Amphetamine-related admissions to ERs climbed by more than 270% between 2008 and 2015. Still, when people look at overdose deaths, opioids are a much bigger problem. But when you only consider overdose deaths, you are overlooking the other things meth users are dying from, such as heart attacks and heart failure.

Although more studies are necessary due to the rapid growth of the problem, research has found that widespread meth use has generated a unique form of severe heart failure, particularly in younger patients.

After using meth for many years, an individual who maintains abstinence is liable to experience a massive heart attack just from the excitement of a football game. The heart damage meth use causes is long-lasting.

Taking Care of Your Heart

How do drugs affect the heart? There are a number of ways, as discussed. Of course, you don’t want to wait until you have a heart attack to think about quitting whatever your drug of choice is. But the possibility is very real.

North Jersey Recovery Center is well aware of how drugs affect the heart and the damage that substance abuse can do. That’s why we provide a medically supervised detox program along with medication-assisted treatment. We use evidence-based therapies designed for your unique issues and needs. If someone you love is suffering from a substance use disorder and is hesitant about doing what’s in their best interest, we can help with an interventions.  Contact us today. We know you have questions and we are always available to answer them.