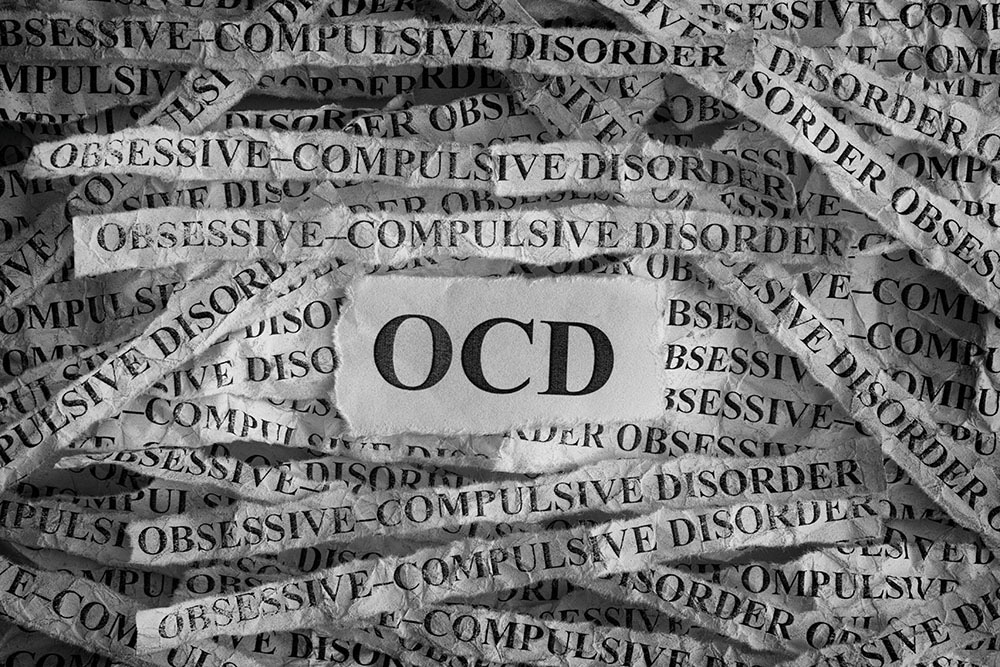 During addiction treatment therapy, medical professionals and patients will discuss obstacles in their life that may have contributed to their substance abuse. In doing so, it is typically uncovered that there may be another underlying mental illness. For an addict to be successful in recovery, mental illness must be addressed as well. The term used to describe when a patient is suffering from more than one illness at the same time is known in the medical and rehabilitation field as dual diagnosis.

Aside from depression, anxiety, and PTSD, there is another that is commonly overlooked by even patients themselves. Obsessive compulsive disorder (OCD) is considered a chronic illness that includes having repetitive, unwanted thoughts. These thoughts exceed simple desire, and are uncontrolled by the person experiencing them. It is a psychological illness that many addicts commonly suffer from. OCD and addiction, are considered separate mental diseases that are required to be addressed separately, in order for treatment to be effective.

OCD and Addiction Have a Few Important Things in Common

Despite OCD and addiction being commonly diagnosed together as co-occuring mental illnesses, they can and do occur separately. And while it is possible to present having one without the other, they both have a few significant characteristics in common. Recognizing how much they are alike, reinforces the best course of treatment when found in dual diagnosis along with addiction.

One obvious factor is that both OCD and addiction are both certified psychological illnesses. Due to that fact, it is required, at the very least, to have some form of behavioral therapy to manage them. People can try to hide their suffering from either OCD or addiction. However, without proper treatment and management, both illnesses can progress and seriously affect a person’s quality of life.

Another important factor to consider when looking at both OCD and addiction is the reality of powerlessness that is involved. While rehab and therapy are both effective in managing the symptoms of these diseases, there is one very important similarity to take into consideration. As plain and simple as this may sound, OCD and addiction are both defined by the factor that the person is not in control.

When either OCD or addiction is present, the person struggles daily with impulsive or irrational decision-making habits. Without proper diagnosis and care, the illness only continues to grow more powerful and begins consuming more and more areas of the individual’s daily routines. Because of this, addiction treatment professionals are sure to be on the lookout for symptoms that can suggest an OCD and addiction dual diagnosis.

There are some specific indicators that suggest that someone may be suffering from OCD. Being aware of what this disease looks like, or what patterns of behavior a person suffering from this illness may show outwardly, can alert you to an undiagnosed illness that needs attention.

These behaviors are typically classified into two subgroups, obsessions, and compulsions. A person with this disease may fall into one or both of the areas as far as behavior. The subgroups are used specifically to decide on the best course of treatment for the individual. Identifying which behaviors are taking place suggests the severity of the overall effect of the disease and how it is affecting a person’s mental and physical health.

The compulsive component of OCD refers to a more outward and physical representation of the disease. Typically these are actions performed because the person believes that by completing these rituals, they will ward off negative or unwanted thoughts and events. Realistically, such things are out of their control.

To identify compulsive behaviors of OCD, make yourself aware of whether a person makes it an important priority to constantly:

The inability or refusal to stop, or be interrupted during these behaviors can be important in determining whether someone is suffering from OCD. Keep in mind that the majority of people may take part in these actions on some occasions. However, others can do so without extreme frustration, fear, aggressive intensity, or as often as a person with OCD would.

The most commonly asked question when evaluating the compulsive behaviors associated with someone that suffers from OCD, is why?

Why does someone feel the need to make these patterns absolutely necessary?

Why am I (or they) doing these things?

What kind of treatment can help get these feelings under control?

Overwhelming anxiety, stress, and trauma will consume someone with OCD if their rituals are not performed. It’s important to understand that while this rationale may seem odd to everyone else, it is very real to someone suffering from OCD. They very seriously believe that their obsessions and compulsions are the only things stopping negative thoughts and actions.

Performing these “rituals” leads them to believe that they can avoid or lessen the threat of things such as:

Unfortunately, someone that suffers from obsessive thoughts as a result of OCD will resort to compiling a series of compulsions. They believe these compulsions will counteract these feelings. Coupled with feelings of stress, trauma, depression, and anxiety, a person with OCD will often seek out any options to relieve these symptoms. If you or someone you love shows signs of OCD and has not yet been evaluated by a trained professional, it is important to help them get the care that they need.

How Does OCD Go Undiagnosed?

The inability to explain to others how some beliefs alter the course of their actions, those with OCD often find themselves spending more time alone. By isolating themselves from others, their symptoms often go unnoticed. Because of this, fears often increase over time. Performing actions ritualistically in front of their family or peers can be embarrassing and misunderstood.

Those that suffer from OCD believe that no one could possibly understand how difficult it is to live with this disorder. However, it has been found that 1 out of every 40 adults suffers from this psychological disorder. In fact, more than half of the time, OCD is misdiagnosed as an anxiety disorder. This is specifically due to the reluctance of patients to disclose all of the details to doctors and professionals.

Unfortunately, because of how OCD affects a person’s thoughts and lack of control, it becomes an endless cycle that they feel must continue, in order to avoid the fear of consequence that is often completely unrelated.

When OCD Leads to Addiction

Dealing with the social and emotional effects of OCD is exhausting. Along with the physical actions of performing movements that have become prioritized, there is often the urge to “take the edge” off. When mental illnesses are left untreated, a patient is more inclined to explore their options of self-medication.

Substance abuse is a very dangerous method used to find relief for these symptoms. When someone chooses alcohol or drugs to ease their compulsive actions or obsessive fears, they are making their OCD worse. As with every instance of substance use, the chemical or dosage will likely have to be increased over time to gain the desired effects. Without even realizing it, treating the uncomfortable symptoms of their OCD has developed into full-blown drug or alcohol dependency.

A Life Revolving Around OCD and Addiction

Unfortunately, it still remains unknown as to what exactly causes a person to develop OCD. There are more and more studies done to better understand. However, there is a definite correlation found between those that suffer from addiction and those that struggle with OCD.

Over 65% of people that have been diagnosed with both OCD and addiction report experiencing obsessive or compulsive symptoms first. They have specified that this is what directly encouraged their disease of addiction to develop.

Although OCD is different for every individual, there is a lot of success with medications such as antidepressants and behavioral therapy. When treated properly, these can restore the quality of life to an individual who is diagnosed. Many, however, do not take getting professional help into consideration. This is specifically due to the fear of being “forced” to stop participating in their ritualistic behaviors. This process is hard to discontinue as they have grown dependent on them.

When this is an issue, many attempts to substitute illegal or unprescribed substances, believing that temporary relief will suffice. Under the impression that they have found a way to deal with intrusive thoughts, using drugs or alcohol, it is common to resist seeking treatment. Once the effects of the substance wear off, OCD behaviors will surely resume. Now, they are stuck in a dangerous cycle by being dependent on either drugs, alcohol, and their OCD.

Why Treating Dual Diagnosis is Important to Rehabilitation

Trying to control one illness while suffering from another, is not the answer. OCD and addiction, when present together, must both be treated in order to regain control over substance abuse. When an addict begins their road to recovery by completing detox, the next part of their rehabilitation is done in therapy.

As an addict moves through the steps of rehabilitation, they must become aware of the triggers that could potentially threaten their sobriety. Addiction is a disease that must be constantly practiced and managed. An undiagnosed illness such as OCD could end up being a one way street to relapse, if not cared for properly.

Rehabilitation and recovery is an ongoing journey that is well worth putting the work into. Taking back control of your life includes seeking treatment for underlying illnesses, like OCD, and giving yourself a second chance that you deserve.

Having OCD and Addiction is Not The End of the Road

It might seem as though facing both OCD and addiction is an uphill battle. While it won’t be easy, you should never have to live in fear of having to face it alone. North Jersey Recovery Center understands how valuable it is to take back control over your OCD and addiction.

Rehab specialists are proudly committed to working with you to get back to a place where substance abuse has no hold over you. It’s time to move into a world where OCD and addiction don’t threaten the positive thoughts necessary for your overall well being and sobriety.

Working as a team, our staff will give you the lessons and tools that will make rehabilitation last, overcoming the restraint of mental illness that holds you back. Contact us today to discuss your specialized rehabilitation plan, specially designed in order to set you up for a brighter tomorrow.

Suffering from OCD and addiction?

We strive to provide the most superior dual diagnosis services in New Jersey. Professional representatives are standing by to take your call.