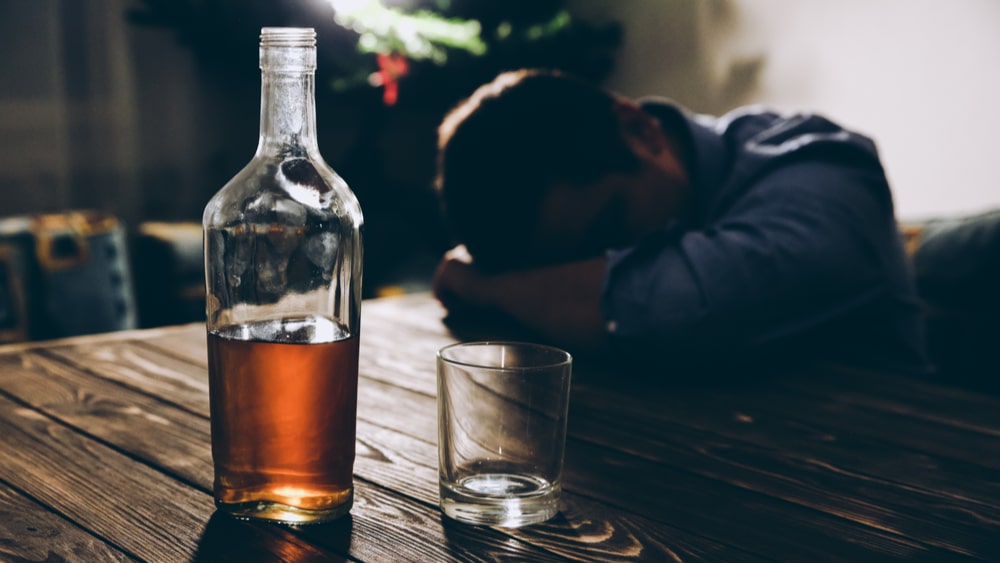 Alcohol is the main ingredient that causes a user to feel drunk.

It is often found in beer, wine, or spirits and is formed when yeast ferments.

Compared to vodka or wine, beer usually has the lowest alcohol content by volume (ABV). This does not make it any less dangerous.

Drinking or consuming alcohol is synonymous with a variety of American activities.

College campuses thrive off alcohol, happy hour is a go-to for most office employees, and it would be rare to find a sporting event or concert not serving it.

Additionally, craft beer has blown up in more recent years and made beer and wine consumption fashionable, with microbreweries and home brewing stations.

Unfortunately, because alcohol is so popular, many people do not understand the risks associated with it.

Alcohol addiction is real, and alcoholism is a serious issue.

Is Alcohol a Drug?

Alcohol is classified as a sedative-hypnotic drug.

It works by depressing the central nervous system at higher doses. In lower doses, it can act as a stimulant. This promotes feelings of euphoria and talkativeness.

Drinking too much has a broad range of effects:

Whether acute or potentially lethal, alcohol has effects on every organ in the body.

These usually depend on blood alcohol concentration (BAC) over time.

What is Alcohol Addiction?

Alcohol addiction is thought to be caused by a mixture of things:

Although alcohol abuse may not seem serious in all cases, any person who heavily relies on drinking and can’t stay sober has a problem.

Studies have supported potential links to depression and an alcohol addiction.

Others suggest that drinking during a young age promotes a high risk of developing alcoholism.

Examples of the Effects of Home Environment

The home environment can play as a prevention method, as well. If someone is raised with proper supervision and support, developing a drinking problem becomes much lower.

Difference Between Alcoholism and Alcohol Abuse

There are minimal differences when it comes to recognizing alcohol abuse and alcoholism. Despite this, it is important to understand the variations to get you or your loved one the help they need.

Alcohol addiction changes the brain and its neurochemistry.

Some of these issues may include:

Doctors, lawyers, and professors can even be high functioning alcoholics.

Adults who first used alcohol before they turned 15 are seven times more likely to develop alcoholism than adults who first used it at 21. These people usually don’t realize the severity of the problem until they face a serious alcohol-related consequence.

Alcoholic abuse is when your drinking causes recurring negative consequences.

Some of the issues that people face when abusing alcohol include:

The most important information regarding substance abuse and its effects are the following:

If you or someone you love feels like they can’t start the day without a swig of alcohol or an alcoholic drink, there may be a serious alcohol disorder involved.

Regardless of what is being consumed, alcohol of any kind possesses potential addiction problems.

Hard booze is used to describe hard alcoholic drinks, such as:

You may have a genetic predisposition that makes you more vulnerable to this type of addiction.

Additionally, continued use can lead to long periods of depression.

If you have been diagnosed with depression and take antidepressants, you may experience adverse effects due to substance abuse.

The abuse of this substance puts you at a higher risk of developing depression than those who do not suffer from substance abuse.

Depression can also induce substance abuse, which means that you can fall into a cycle.

Treatment for depression typically involves antidepressant medication, which means that you will need to stop drinking to ease your depression.

The same can be said regarding anxiety and anxiety medication, such as benzodiazepines.

Alcoholism is Serious, But Help is Available

If you or someone you love is struggling with alcoholism, it is never too late.

At North Jersey Recovery Center, we are a high-quality care facility offering various programs for every level of treatment.

Contact us today to learn about our many options and learn how to offer you free insurance verification for treatment.